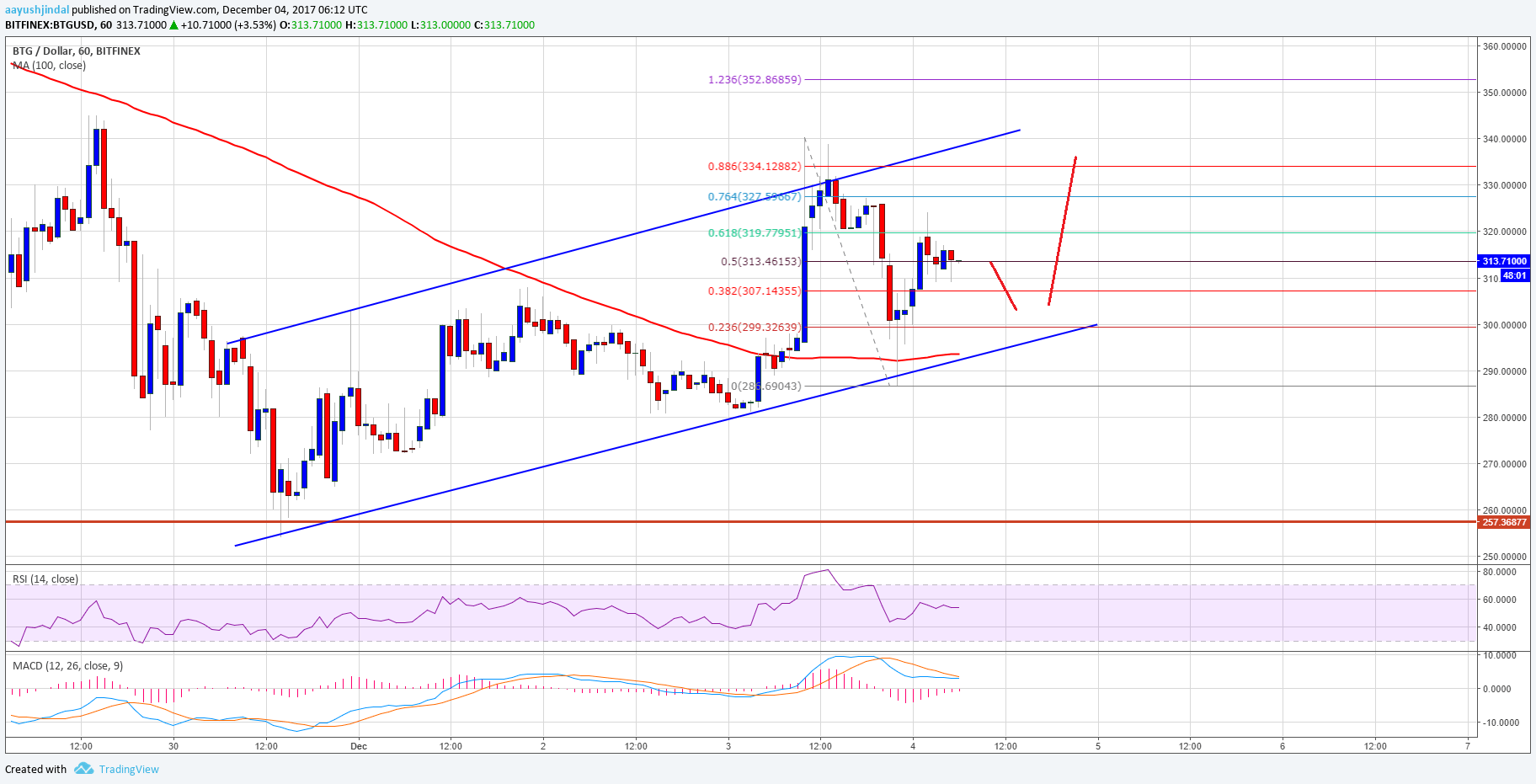 Bitcoin gold price is gaining pace above $300 against the US Dollar. BTG/USD might soon accelerate higher toward the $340 and $350 levels.

It recently tested the $285 support area and moved back above $300 and the 50% Fib retracement level of the last decline from the $340 high to $288 low. The current price action is positive above the $300 level and the 100 hourly SMA. It seems like there is a major ascending channel forming with support at $300 on the hourly chart of BTG/USD. The pair is following the channel nicely and it might soon attempt a break above the $340 and $350 levels.

On the upside, an intermediate resistance is around the 61.8% Fib retracement level of the last decline from the $340 high to $288 low. As long as the price is above the $300 support level, it remains in the bullish zone with target as $350.

Hourly MACD – The MACD for BTG/USD might soon move into the bullish zone.

Hourly RSI (Relative Strength Index) – The RSI for BTG/USD is just above the 50 level.