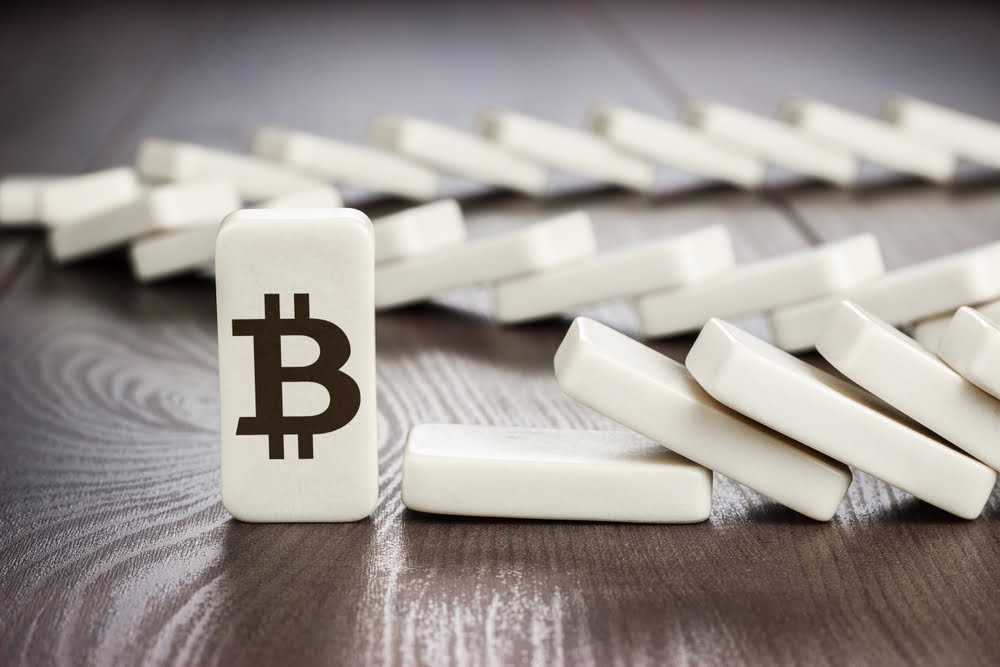 Bitcoin Hits Three-Week Low as Coronavirus Spreads to Europe, US

Bitcoin fell to its three-week low as investors’ concerns about the fast-spreading Coronavirus continued to hurt global market sentiment.

The benchmark cryptocurrency was trading at $9,081 during the early morning trade in Europe, down by up to 2.41 percent. The move downside extended bitcoin’s weekly losses to 8.87 percent, confirming that its medium-term bullish sentiment took a hit from mounting global concerns.

Health officials in the US and Europe earlier this week warned the public about the growing number of Coronavirus cases outside China. Italian authorities confirmed that about 283 people in their country had the virus, leading to the quarantine on schools and hotels.

In the US, the Centers for Disease Control and Prevention stated that it is preparing for person-to-person transmission. Meanwhile, the number of confirmed cases of Coronavirus also swelled in other non-Chinese regions, including South Korea, Japan, and Iran.

The unfolding of virus-related events made investors risk-averse, leading them to exit their bullish positions in the global benchmark markets. As for bitcoin, it too got caught up in the selling frenzy. The cryptocurrency was already sitting atop a 35 percent year-to-date profit, which made it an ideal asset to sell at a local high.

Coronavirus served as the exact kind of crisis that could propel bitcoin’s rate further to the upside. That is partly because of the asset’s bullish performance in the past against global risks, including the Greece debt crisis and the very recent US-Iran military conflict. That earned bitcoin the tag of “digital gold.”

Nevertheless, the cryptocurrency switched sides to behave as a risk-on asset. Its rise and fall against Coronavirus mirrored the stock market moves. At the same time, globally perceived hedging asset Gold climbed, proving that investors conveniently discredited bitcoin as their safe-haven.

Did everybody who called bitcoin a safe haven asset flipped already and is now calling it a risk-on asset?

Asking for a friend. He's writing a paper on pancakes.

But some hopefuls believe that bitcoin’s insurance narrative works mainly when central banks devalue their national currencies. Jeff Morris Jr, the founder of Chapter One – an early-stage fund, commented that the cryptocurrency could rise against dovish monetary policies.

At the time of its first bearish correction move earlier in February, bitcoin was trading 42 percent higher on a year-to-date timeframe.

The parabolic price rally left room for a lot of downside moves. Traders with interim price targets decided to sell bitcoin at local tops, crashing it towards the next-available support. So it appears, bitcoin could be neutralizing its overbought sentiment with the ongoing negative trend.

Tags: bitcoinbtc usdcryptocryptocurrency
Tweet123Share196ShareSend
BitStarz Player Lands $2,459,124 Record Win! Could you be next big winner? Win up to $1,000,000 in One Spin at CryptoSlots