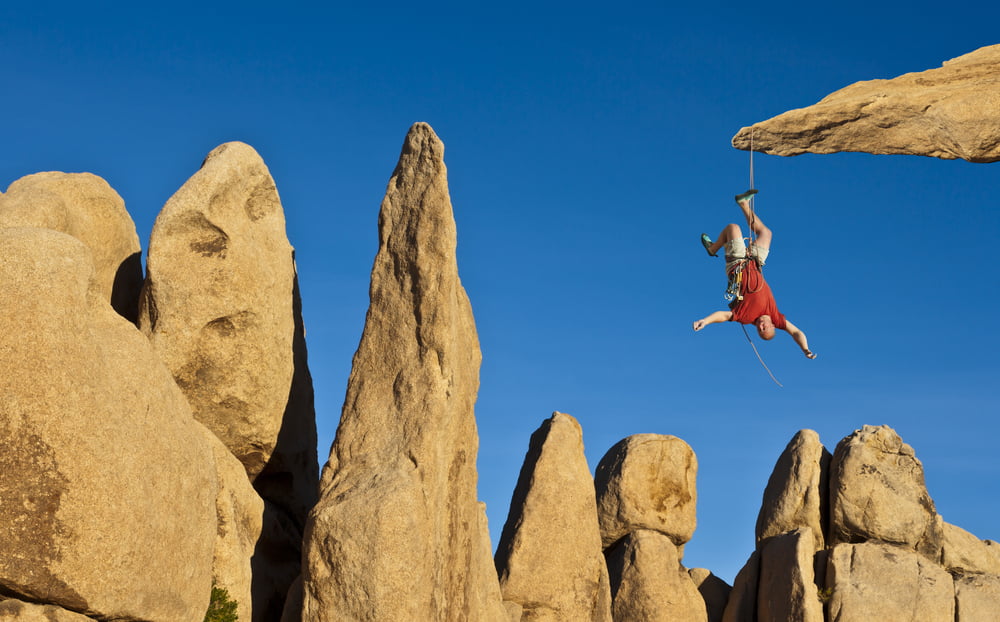 Bitcoin has surged by up to 24 percent ahead of closing the week despite the Coronavirus-induced global market sell-off. Nevertheless, the benchmark cryptocurrency could end up losing a large chunk of its gains heading into the new seven-day timeframe.

That is because of two bearish indicators. As Bitcoin trends upward, it is leaving behind a trail of pivot highs and lows converging towards a single point known as the apex. These price movements are forming a Rising Wedge, a reversal indicator seen in the bear markets. Meanwhile, bitcoin’s daily volume is falling, which also indicates a trend reversal is underway.

Both Rising Wedge and Volumes are working hand-in-hand to push the bitcoin price down, Evidence of such behaviors are stamped across the trading history of traditional markets. The e-mini Russel Index in 2007, for instance, surged impressively amidst the Shanghai stock market panic but later confirmed the rise as a fakeout.

The same model shows that bitcoin could – any day – break below the Rising Wedge support trendline to confirm a breakdown. Such a move would have the cryptocurrency roughly test $5,000 as its next downside target. The length of breakdown is typically the same as the height of the Rising Wedge.

It is important to notice that bitcoin this week has performed exceptionally well against a looming macroeconomic crisis led by the fast-spreading of the Coronavirus pandemic.

The cryptocurrency’s 80 percent recovery after bottoming out below $4,000 in March has led optimists to predict an extended upside momentum. Top analysts believe that since central banks are injecting trillions of dollars into the banking system to offset the impact of Coronavirus, they are involuntarily devaluating the US dollar.

That means that more and more investors would start offloading their cash reserves for scarcer assets. And since there can be only 21 million Bitcoin in existence, it is potentially a go-to-asset for the safe-haven seekers.

The bullish sentiment for bitcoin is also visible in its technical narratives. Alistaire Milne, CIO of Altana Digital Currency Fund, tweeted his interpretation of bitcoin’s next moves.

This would be evil …#bitcoin pic.twitter.com/3Z3NfcxvOC

That means the bitcoin price would invalidate the Rising Wedge narrative and would rather trend inside an Ascending Triangle, a bullish continuation pattern.

If it happens, the bitcoin price could easily jump above $10,000.

Tags: bitcoinbitcoin pricebtcusdcryptocryptocurrency
Tweet123Share225ShareSend
BitStarz Player Lands $2,459,124 Record Win! Could you be next big winner? Win up to $1,000,000 in One Spin at CryptoSlots