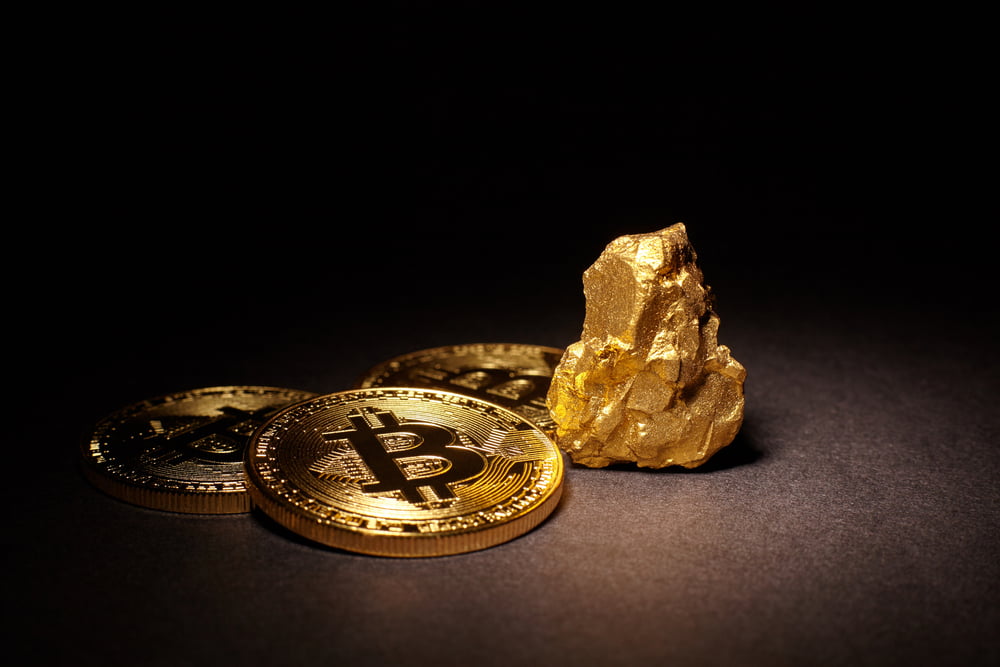 The bitcoin-to-dollar exchange rate surged 3.28 percent to hit an intraday high of $8,64.08 following the European session open. At the same time, CME futures linked to the pair also notched higher by 3.57 percent, signaling a renewed bullish sentiment into the beginning of the new week.

Gold also witnessed growth in its investors’ upside sentiment. The yellow metal on Monday rebounded by up to 1.56 percent to trade at $1,611 an ounce. Meanwhile, its futures on COMEX also edged higher by 1.89 percent, a move that appeared in contrast with its frantic and disorderly selling last week.

Indeed, both gold and bitcoin underperformed in times when traders hoped they wouldn’t. Their markets were showing weakness as the Coronavirus started infecting more and more people outside China. Traders expressed shocks over the massive sell-offs, notably because bitcoin and gold had surged impressively against the US-Iran military tensions in January.

The low-confidence appeared mainly because the equities and bond yields were declining back then as well. Traders considered bitcoin and gold to behave as havens against the turmoil in risk-on assets. But with all of them falling in tandem, it showed investors were merely speculating on bitcoin and gold: Buying them at lows and selling them at highs.

Yield curve and US treasure bonds collapsing. Look at the stock market going down is exiting, but the real threat is in the bubble debt Bonds… buy gold and #bitcoin… pic.twitter.com/QT0ok6OTd0

Experts are saying that big traders likely sold bitcoin for cash, for they wanted to cover the losses they incurred in equities and other markets. The same sentiment stressed Gold that got sold to small investors at its seven-year highs.

That left the market with the most significant takeaway: both bitcoin and gold failed to behave as safe-haven.

Despite falling alongside equities and the benchmark 10-year Treasury Note, both bitcoin and gold could metamorphize their weak rebounds into a sustainable upside correction.

Central banks across the globe have either announced or hinted that they would announce fresh stimulus packages. Bank of Japan, for instance, signaled that it would inject cash liquidity into the financial system to offset the impact of the Coronavirus outbreak. Italy promised to add €3.6bn for the same.

Meanwhile, the Reserve Bank of Australia (RBA) expects to cut interest rates on Tuesday. Investors also think that the US Federal Reserve would also slash its benchmark rate by 50 points basis in March.

#MNIExclusive: Chances are rising of a Reserve Bank of Australia rate cut at tomorrow's Board meeting in response to the coronavirus crisis, MNI understands.
– For full story, please see MNI Mainwire #RBA

Boosting in stimulus programs could underpin both gold and bitcoin. The latter is already having a bullish run – it’s up over 100 percent in the last 12 months – ahead of its deflationary supply rate cut in May 2020.

Tags: bitcoincryptocryptocurrencygold
Tweet123Share246ShareSend
Win up to $1,000,000 in One Spin at CryptoSlots