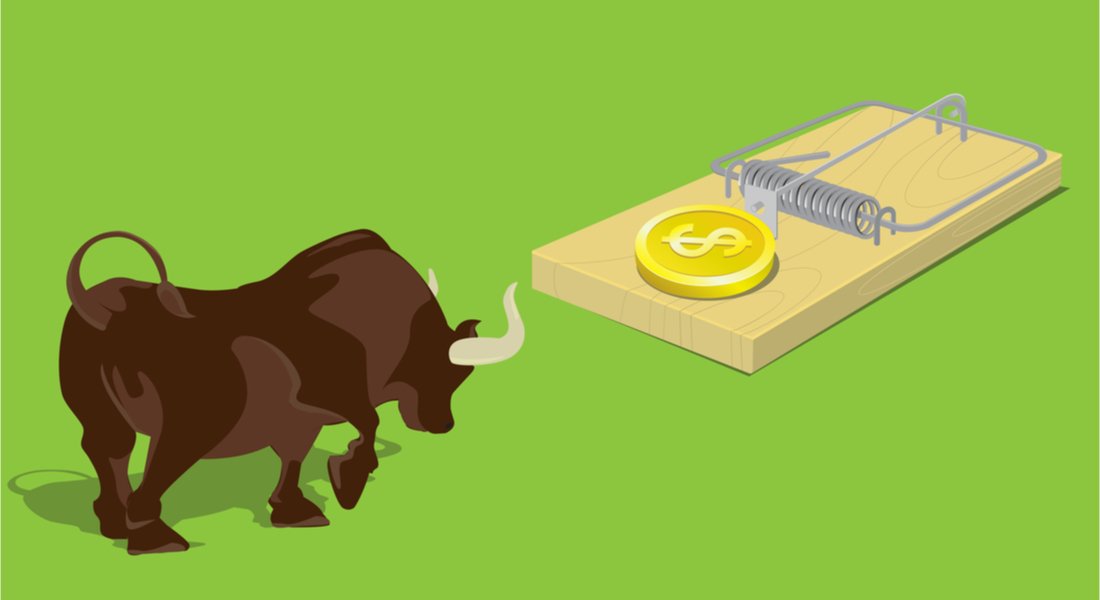 Bitcoin Leaps to Retest $7,000 But Risks a Major Bull Trap: Here’s Why

Bitcoin prices jumped overnight to retest $7,000 but risked falling into a bull trap as no sound catalyst justified its pump.

The benchmark cryptocurrency rose 9.67 percent in just four hours to $6,767 per token midnight Thursday. The move uphill injected about $7 billion into the bitcoin’s market cap, which topped near $121.97 billion ahead of the European morning session. Later into the day, the price pulled back by up to 2.3 percent.

The price jump – nevertheless – saw bitcoin breaking above a near-term support/resistance level near $6,500. That confirmed the cryptocurrency’s inclination to retest $7,000, a level it has attempted but failed to break since its pullback from the year-to-date low of $3,858 in March.

Bitcoin’s inability to pierce above the $7,000 price ceiling shows traders’ interim profit-taking behavior in a macro risky market. The fast-spreading of COVID-19 has led investors to withdraw their money from the market. That has left a huge dent on all the traditional markets, be it the Dow Jones, the S&P 500, or even Gold. Every asset is facing an extreme downside risk.

So far, there is no cure for the novel coronavirus. US President Donald Trump has warned Americans about “very, very rough two weeks” that has also prompted investors to seek safety in cash – the US dollar. The greenback is up 3.45 percent on a year-to-date timeframe owing to a similar safe-haven demand.

As a result, all the leading markets are choppy. They rise aggressively on an intraday basis but fail to build up a concrete upside momentum. Bitcoin is no different.

Now, this is an interesting chart. Bitcoin and the SPX are currently extremely correlated as liquidation pressure turns all assets into risk assets. This correlation would last forever but it shows that people are using $BTC for liquidity. It is likely the puking of risk assets pic.twitter.com/hNUJRGVZIN

So it appears, the cryptocurrency could be entering yet another bull trap with its Wednesday pump. It shows no signs of continuing an uptrend based on the macroeconomic narrative. And even hardcore bulls within the bitcoin space believe it would not rise until the COVID-19 crisis settles.

Travis Kling, the founder of bitcoin-enabled Ikigai Asset Management, pitted the cryptocurrency against the ever-inflating mainstream economy, noting that the government’s response to an economic crisis is to inject trillions of unbacked dollars into the system. The strategy could help them near-term but hurt everybody’s savings in the long-run.

“After the dust settles, economic activity resumes and central banks and governments inject *many trillions* of new dollars into the world by increasing balance sheets and deficits. Off that bottom, there is no other asset on the planet that will move like Bitcoin,” said Mr. Kling.

As of now, bitcoin’s next potential price action is a retest of $7,000, followed by a pullback towards $6,500. In another scenario, the cryptocurrency’s uptrend could exhaust ahead of hitting $7,000, causing a rebound to or below $6,500. Both cases would see it dipping below $6,000.

On a brighter note, the area above $5,657 has protected bitcoin from extending its sell-off. Therefore, the cryptocurrency could bounce back from the said level to retest a breakout above $6,000.

Tags: bitcoinbtcusdcoronaviruscryptocurrency
Tweet123Share228ShareSend
Win up to $1,000,000 in One Spin at CryptoSlots