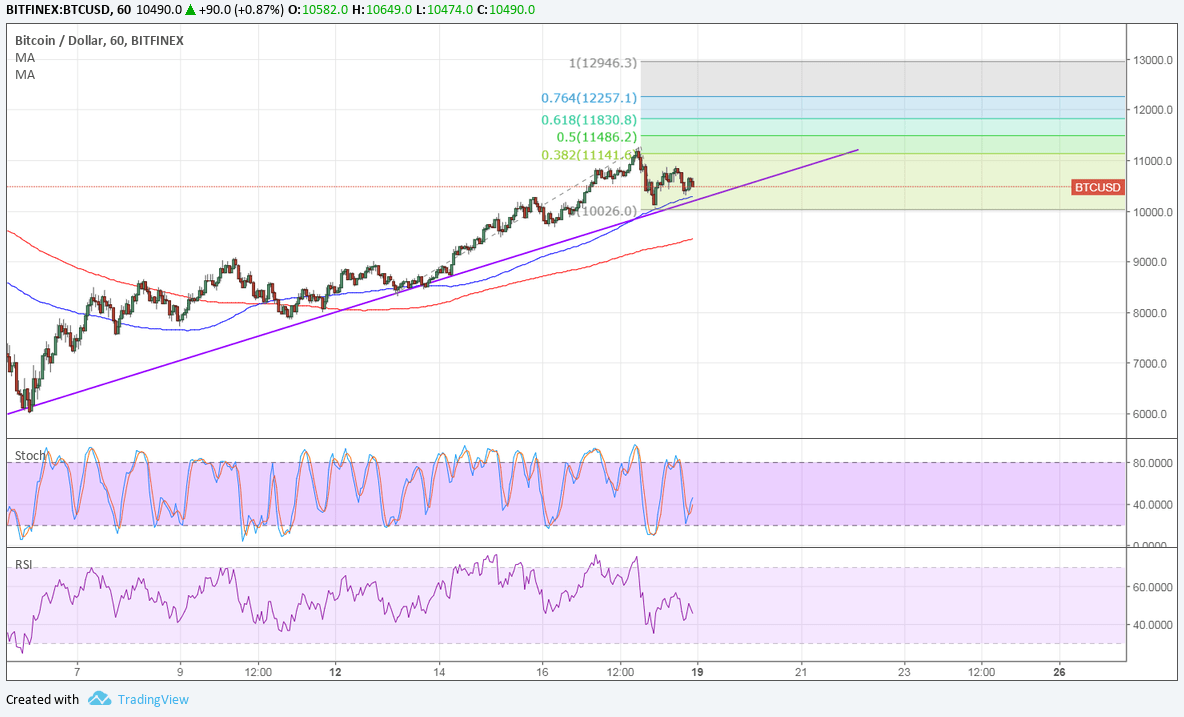 Bitcoin price looks ready to resume its rally after a brief pullback to a short-term rising trend line.

The 100 SMA is above the longer-term 200 SMA to indicate that the path of least resistance is to the upside. This confirms that the uptrend is more likely to continue than to reverse. Also, the 100 SMA lines up with the ascending trend line to add to its strength as support.

Stochastic is also pulling up from oversold levels to signal a return in bullish pressure. RSI is on the move down, though, so bears might still have enough energy for another test of support or perhaps a breakdown. The dollar regained some ground to its peers on Friday when traders likely booked profits ahead of the President’s Holiday today. There are no major reports due from the US economy but the lower liquidity could give rise to more market volatility.

Sentiment improved for bitcoin over the past week as an official from the South Korean government remarked in the earlier weekend that they are open to pursuing something like BitLicense. This would pave the way for regulation without hampering development in the cryptocurrency industry.

Looking ahead, sustained risk appetite and dollar weakness might continue to prop bitcoin price up, provided that there are no major changes to sentiment. The FOMC minutes are due, though, and more hawkish hints could still renew dollar demand and weigh on bitcoin.