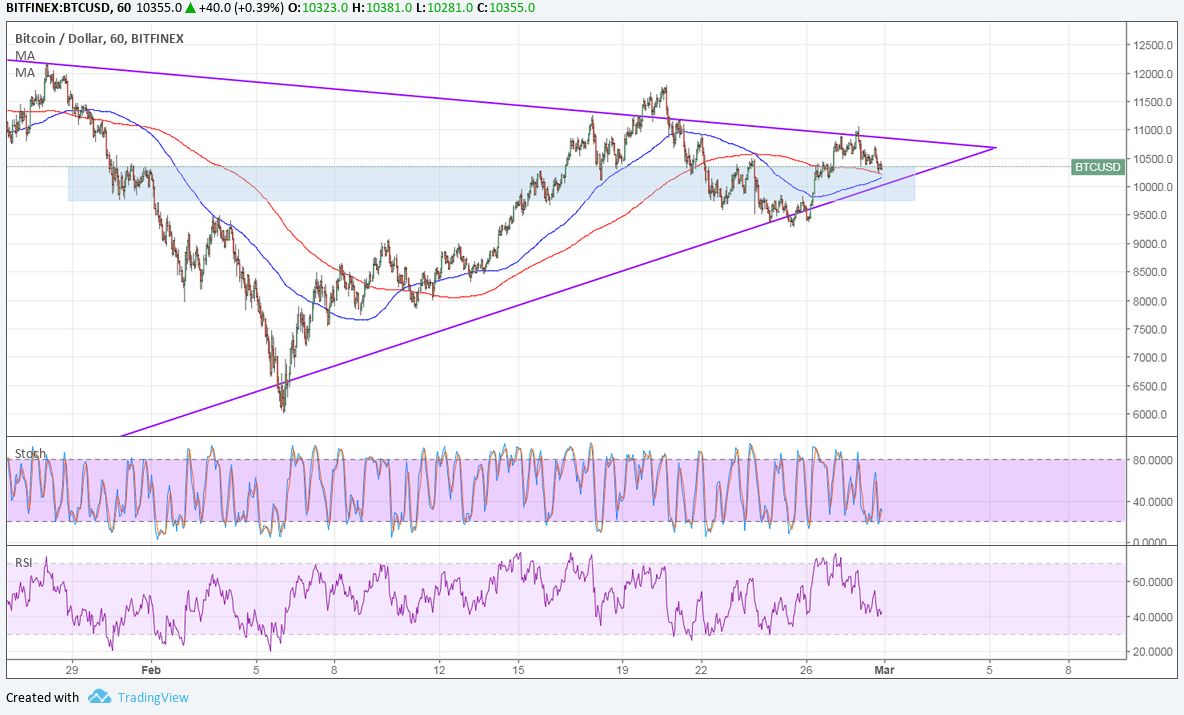 Bitcoin price has formed a symmetrical triangle pattern and might be due for a breakout soon.

The 100 SMA is below the longer-term 200 SMA to suggest that the path of least resistance is to the downside. This signals that a break of support is possible, likely sending bitcoin price down by the same height as the chart pattern. However, the gap has narrowed significantly to show that an upward crossover is underway.

In that case, a bounce off support could take bitcoin price back up to the triangle resistance or even on a breakout. The moving averages line up with the support zone, adding to its strength as a floor as well.

Stochastic looks ready to turn higher, also another signal that buying pressure could return. However, RSI has some room to fall so sellers could stay in control for a bit longer. Dollar strength came back in play during the latest trading sessions as risk aversion returned and weighed on higher-yielding assets. Stocks and commodities took hits but bitcoin price was a bit more resilient as the cryptocurrency is still enjoying the positive sentiment from Circle’s acquisition of Poloniex.

Then again, reports that SEC is looking into the structuring of initial coin offerings. According to the Wall Street Journal, the SEC has issued “scores of subpoenas” to obtain information from technology companies and advisers tied to the digital currency markets.

Recall that the US regulator has previously warned that investors should be more careful about investing in ICOs. Chairman Clayton noted:

“A number of concerns have been raised regarding the cryptocurrency and ICO markets, including that, as they are currently operating, there is substantially less investor protection than in our traditional securities markets, with correspondingly greater opportunities for fraud and manipulation.”