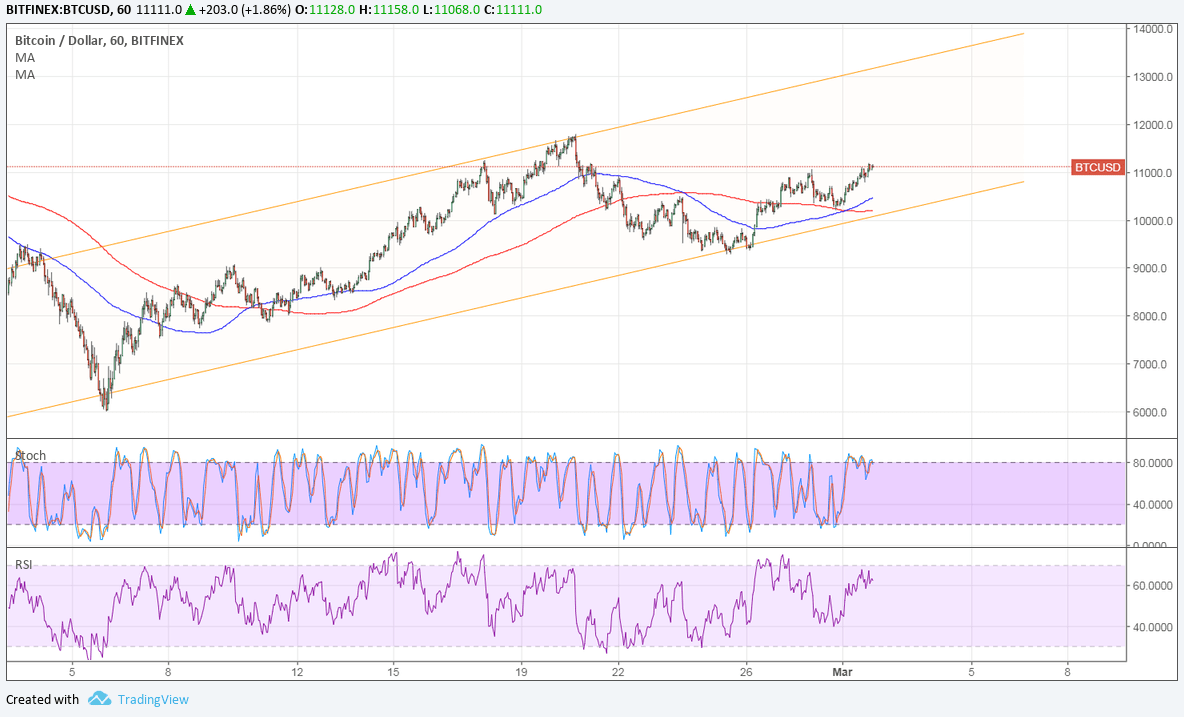 Bitcoin price is on a steady climb and holding its head above the ascending channel support, but technical indicators are signaling profit-taking.

The 100 SMA is above the longer-term 200 SMA to indicate that the path of least resistance is to the upside or that the rally could go on. The moving averages are also close to the channel support to add to its strength as a floor.

However, stochastic is already in the overbought zone to suggest that buyers are feeling exhausted. Turning lower could draw sellers back in and lead to another test of the channel support around $10,500-11,000.

RSI is on the move up and hasn’t quite reached overbought levels yet but it also seems to be turning lower. A break below the channel support could be an early indication of a reversal from the climb. The US dollar was in a weak spot in recent sessions as fears of a trade war were revived when Trump announced plans to impose higher tariffs on steel and aluminum. Risk aversion also returned, weighing on stocks and commodities, but bitcoin price managed to maintain its lead.

This suggests another shift in the market dynamic as bitcoin price appears to be gaining ground on risk-off moves once more. This behavior has been seen in the past when the cryptocurrency takes advantage of geopolitical risk to provide higher returns in this type of environment.

Although regulation in the industry has also been a hot topic recently, investors seem to be banking on more positive developments similar to the acquisition of Poloniex by Circle a few days back.