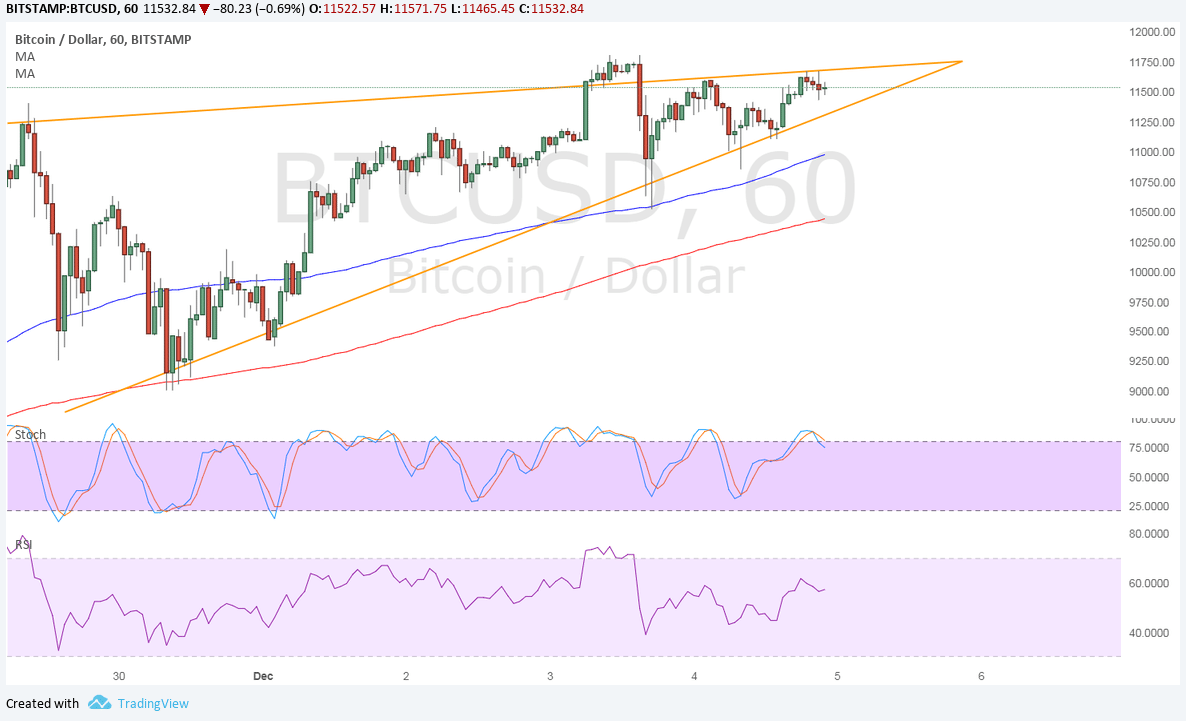 Bitcoin price has formed higher lows and higher highs in a rising wedge pattern, still deciding which way to break out.

The 100 SMA is above the longer-term 200 SMA so the path of least resistance is to the upside. The 100 SMA is also close to the bottom of the rising wedge at the $11000 psychological level, providing an extra layer of support in case it breaks down.

Stochastic is turning lower from the overbought level to indicate a return in bearish pressure. This suggests that a downside break is possible, probably taking bitcoin price down for a test of the nearby support areas at the 100 SMA and 200 SMA next.

RSI, on the other hand, is on middle ground and suggesting further consolidation. Price could keep bouncing up and down inside the wedge until a catalyst triggers a breakout.

Bitcoin price remains supported by anticipation for the launch of financial derivatives that could give investors more access to the cryptocurrency as this could bring higher volumes and increased activity. However, the dollar is also putting up a good fight as tax reform has cleared one hurdle after another.

The House and Senate are set to start discussions on merging their versions of the tax bill this week, so further progress could mean more gains for the dollar. However, the investigation into Trump’s ties with Russia is also keeping a lid on dollar gains.