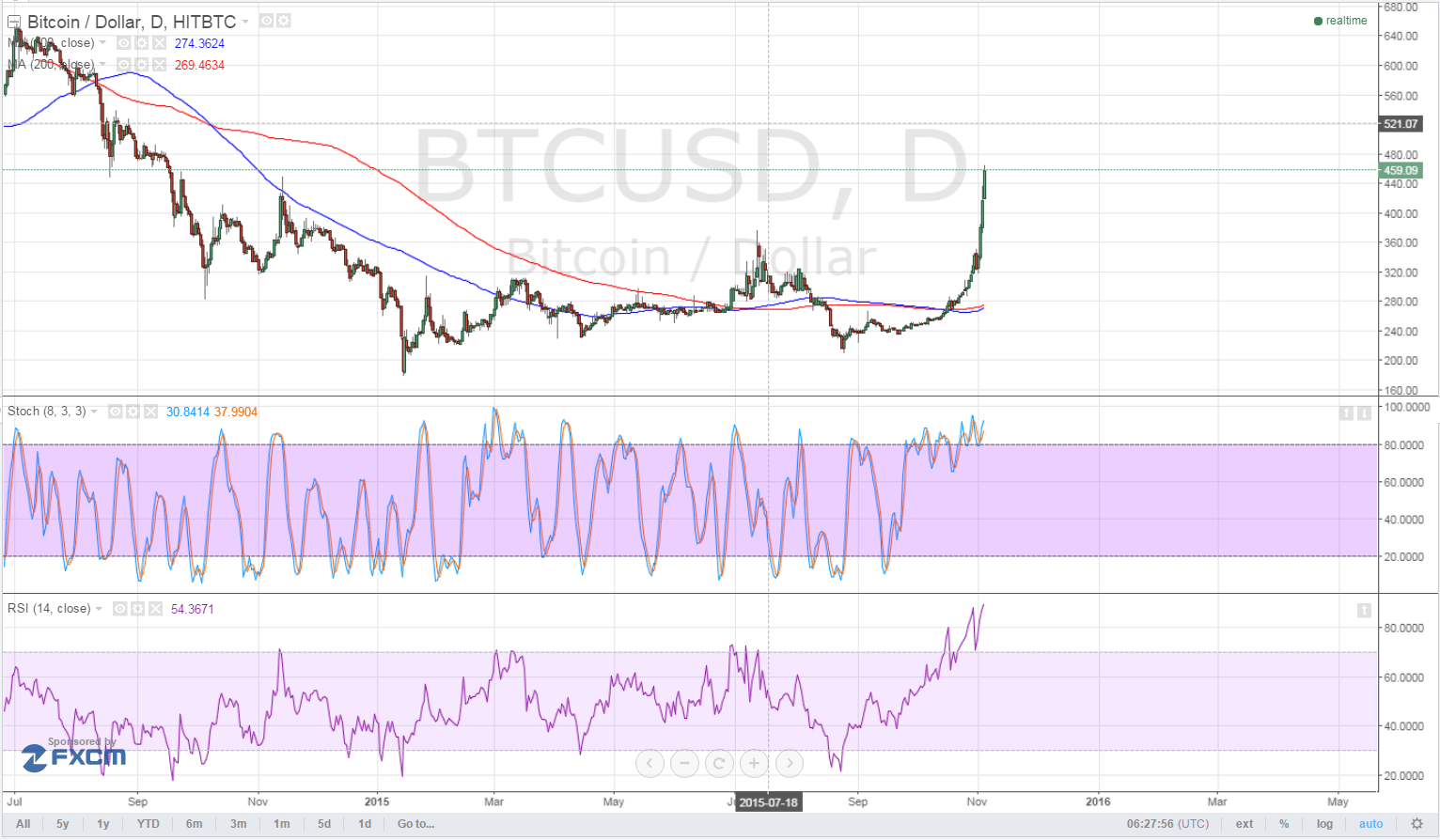 Bitcoin price could be in for much more gains, as three bullish candles formed after the confirmation of a long-term uptrend signal.

No signs of a major correction or even a slight pullback are materializing for now, which suggests that bullish pressure continues to build up. If so, bitcoin price could have its sights set on the $500 level next.

Note that the double bottom formation spans around $200-$380, which suggests that the upside breakout could have enough energy to move until the next ceiling at $550.

The last three daily candles formed a three white soldiers pattern, which is a very bullish signal for Japanese candlesticks. Another daily candle close past the latest highs at $455 could cement the bull run for bitcoin price.

Moving averages are oscillating for now, which suggests that sideways movement on the long-term chart is still a possibility. These technical indicators have yet to reflect the latest bull run so an upward crossover by the 100 SMA is possible, thereby indicating that the rally could be sustained.

Stochastic has been indicating overbought conditions for quite some time so profit-taking could happen at any moment. However, the uptrend has been so strong that any profit-taking activity might simply inspire a quick correction before the bitcoin price climb resumes again.

RSI is also indicating overbought conditions but hasn’t turned lower, which means that there’s still some room for more gains. A selloff from the current levels or the nearby resistance points could spur a retest of the double bottom neckline around $350-400.