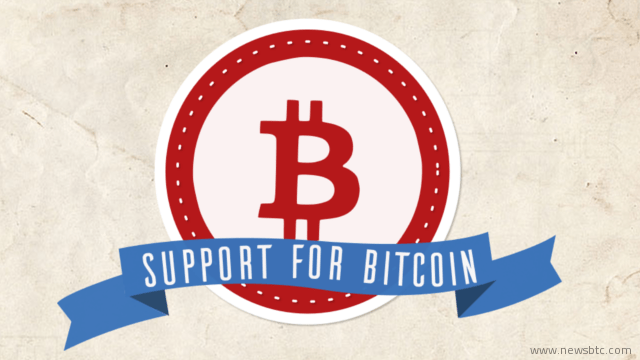 In the previous Bitcoin price technical analysis Go Short Now!, it was explicitly stated that the current action in Bitcoin would lead to a big decline in Bitcoin and that short positions should be created. As can be seen, Bitcoin did crash down to $260, slightly above my target of $257 over the weekend.

But, the big question now is: What to do? Should we stay short or should we book profits?

Bitcoin Chart Structure – Earlier trading in a descending triangle, Bitcoin finally breached the support and kissed $260. A closer look at the daily BTC-USD price chart above suggests that the next strong support is near $255-257.

Moving Average Convergence Divergence – The MACD has dived into the negative zone, Histogram has sunk even lower and Signal Line has witnessed a sharp depreciation over the weekend. MACD now reads -1.8897, Signal Line reads 1.8500, and Histogram has a value of -3.7397.

It is best to cover a major percentage of the short positions now or when it retests $260 as the risk-reward ratio is 1:1 (roughly). Wait for a good bounce to build short positions or long positions when the price nears $255.