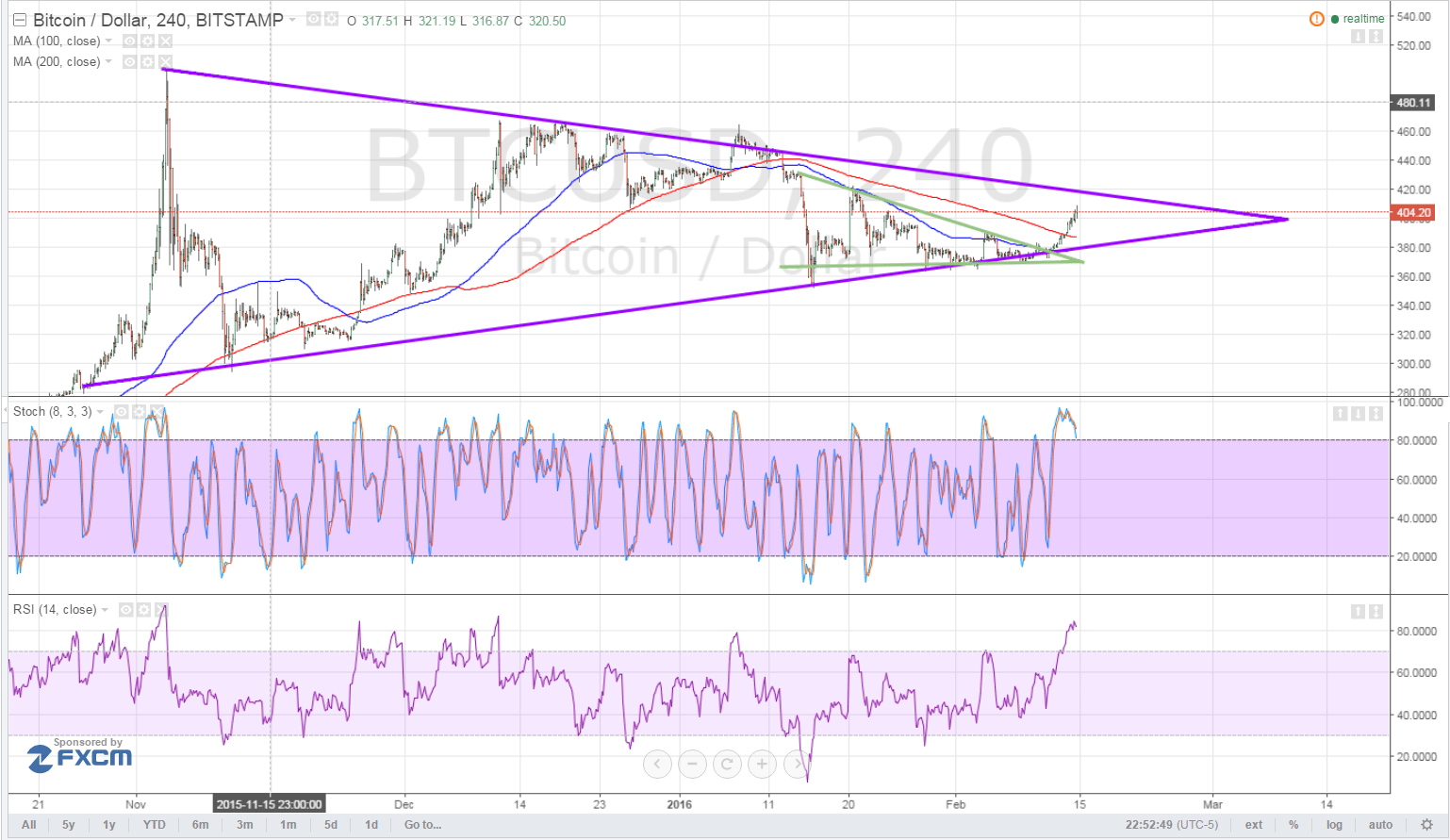 Bitcoin price could turn upon testing the triangle resistance around $420-430, possibly heading towards the bottom again.

The 100 SMA is below the 200 SMA so the selloff could resume at some point. However, bitcoin price recently broke past the longer-term 200 SMA so a reversal might also be possible.

Stochastic is already indicating overbought conditions and is starting to turn south so price might follow suit later on. RSI is also in the overbought area as well, indicating that bullish momentum is about to fade.

In that case, bitcoin price could still make a test of the triangle resistance before resuming its selloff to the bottom at $380. If bearish momentum gets strong enough, a downside break might even be possible, taking it down to the triangle lows closer to $300.

On the other hand, a surge in bitcoin-buying could spur an upside break of resistance and a climb to the next ceiling at $460-470. Sustained rallies could lead to a test of the previous year highs closer to $500.

Strong data from the US economy was enough to keep risk appetite in play throughout the week, as bitcoin price typically rises when investors are hungry for higher-yielding assets. The return of Chinese investors from their Lunar New Year holidays could keep this market phenomenon in play, setting the stage for more bitcoin gains.

US banks are closed for the President’s Day holiday today which means that there’s lower liquidity in the financial markets, paving the way for more volatile price action. There are no reports lined up from the US economy.

Earlier today, the Chinese trade balance beat expectations with a wider than expected 404 billion CNY surplus versus the projected 389 billion CNY surplus. This might be enough to keep traders confident and risk-hungry, propping bitcoin price up for the rest of the day.

Financial futures are also in the green so far, following Friday’s strong stock market gains. Commodity prices are also looking steady as crude oil is supported by speculations that OPEC member nations are gearing up to discuss potential production cuts. Any indication that they’d come up with a compromise to keep oil supported could also keep risk-taking in play.