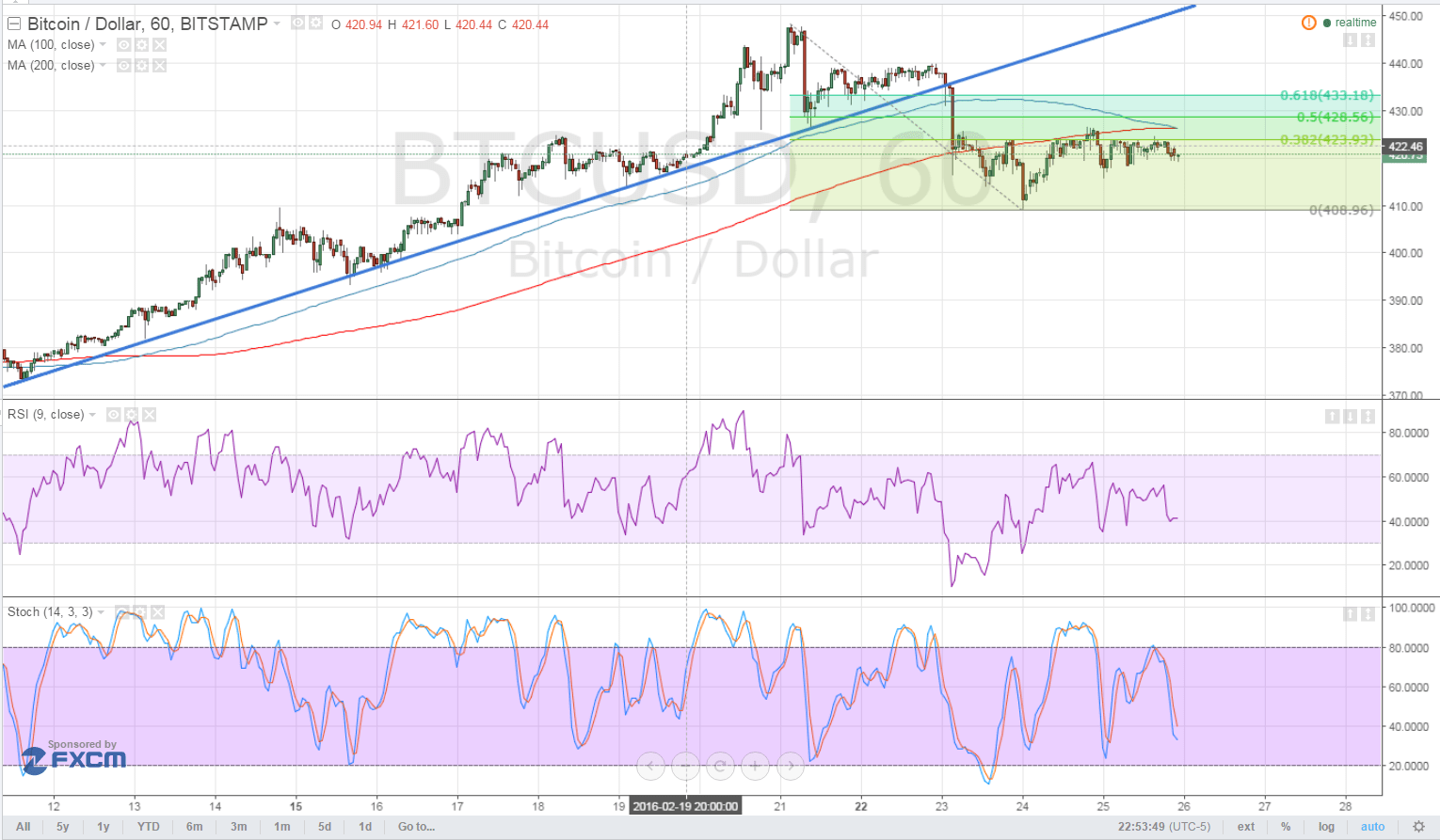 Bitcoin price could be due for a reversal from its previous uptrend, following a downside break of the trend line and pending a correction.

At the moment, bitcoin price is stalling at the 38.2% Fibonacci retracement level, which might hold as the resistance level. The 100 SMA is crossing below the 200 SMA to indicate that the selloff could carry on.

Stochastic is also pointing down after just making it close to the overbought region. RSI is heading south so the bitcoin price might follow suit, but this oscillator is still hovering at the middle ground and might still turn higher.

In that case, a larger correction could be possible, with the broken trend line likely the line in the sand for any pullback scenario. A move past that area could put bitcoin price back on an uptrend again.

The return in risk appetite spurred a quick bounce for bitcoin price yesterday but strong US data also kept the dollar afloat, which explains the consolidation in BTCUSD. Commodities rebounded, led mostly by crude oil as another OPEC meeting might take place next month.

Durable goods orders data came in strong, with both headline and core figures outpacing expectations. For today, the main catalyst might be the US preliminary GDP release, which is expected to show a downgrade from 0.7% to 0.4%.

In that case, a dollar selloff could take place and allow bitcoin to advance, assuming risk appetite stays in the financial markets. On the other hand, better than expected US GDP results could keep the dollar supported, pushing BTCUSD to the swing low at $410 or much lower.

Keep in mind that Asian equities closed significantly lower in the previous sessions, led by yet another sharp drop in Chinese stocks. This might be enough to keep investors cautious until the end of the week, likely booking profits before the end of the month and next week’s top-tier releases.

In addition, Brexit fears are also preventing traders from putting funds in higher-yielding risky assets like bitcoin. After all, an exit from the EU could spur more uncertainty for both the UK and the EU, not to mention the rest of the global economy which is still getting back on its feet.

Other potential risks to market sentiment today include the release of US personal spending and income data, along with preliminary CPI readings from Germany and France.