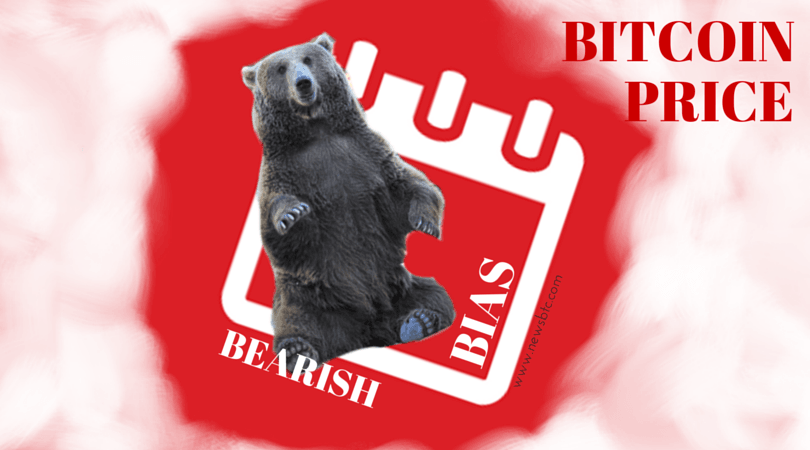 Bitcoin’s disappointing action continues in the market as US dollar extends its rally against other leading currencies. Having failed at protecting $236, Bitcoin now trades under tremendous pressure, caving under which may lead to a further loss in value.

Technically, the virtual currency looks weak and provides us with a shorting opportunity. For the analysis purpose, the 240-minute BTC/USD price chart has been considered.

Bitcoin Chart Structure – The chart above clearly tells that post the support violation, bulls made an attempt to reverse the losses, however, the effort was soon nullified by a subsequent bearish price action. At the current level, Bitcoin is on the verge of creating a lower low (closing basis), the formation of which will greatly improve the chances of erasing the gains achieved since last week.

Moving Average Convergence Divergence – Owing to the pessimism surrounding the virtual currency, the MACD indicator has pulled the Signal Line into the sub-zero region as well. MACD now has a value of -0.4802 while the Signal Line plunged to -0.2032. Negative indicator readings suggest a weak bullish force.

Momentum – The 10-4h Momentum reading also validates the bearish undertone with a value of -1.6800.

Relative Strength Index – Joining the list of technical indicators with a negative outlook on Bitcoin is the 14-4h RSI with a value of 41.5182.

It has been established that the near-term trend is negative, and hence, traders can use the current price to build light short positions by placing a stop-loss just beyond the yellow resistance zone for a target of $230. Market participants are also advised to keep track of the US dollar which has resumed its strong uptrend in the anticipation of an interest rate hike announcement in Fed’s June meeting. Volatility is expected to remain low in remaining sessions of this week.