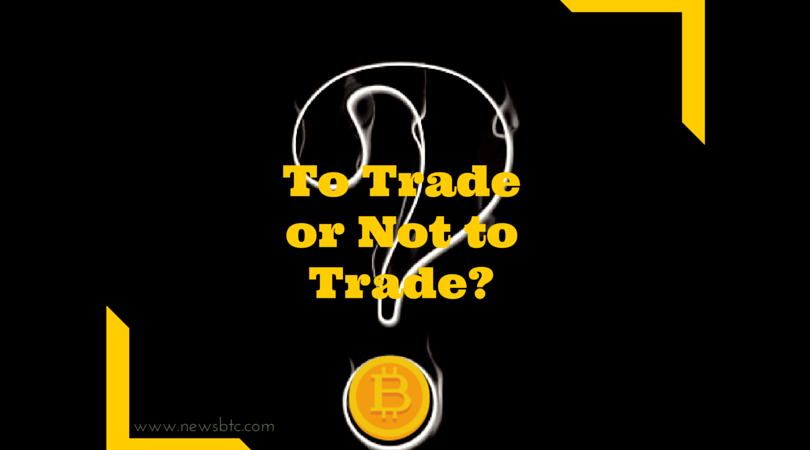 Bitcoin is seemingly finding it difficult to shrug off laziness and inactivity. Ever since it breached the support zone at the start of this week, the digital currency has traded in an extremely narrow range of $234-238. However, I expect either of the fighting parties to make a decisive move as we enter the latter half of the week.

Taking a technical look at the 240-minute BTC/USD price chart helps us in finding out that there is a better chance of Bitcoin hitting $230 than there is of kissing $240.

Bitcoin Chart Structure – As can be seen from the chart above, Bitcoin made another attempt to force a jump to a higher ground but the resistance zone (marked as yellow in the chart) proved to be an insurmountable task. The digital currency is trading flat as it remains trapped between support and resistance levels.

Moving Average Convergence Divergence – The MACD indicator has closed in on the Signal Line, thereby lifting the value of the Histogram to -0.1338. The current MACD and the Signal Line values are -0.5486 and -0.4148 respectively.

Relative Strength Index – The 14-4h RSI reading continues to linger near yesterday’s level. At 44.7224, the indicator reveals that the market sentiment is still fairly bearish.

There is no doubt that the narrow, sideways consolidation will be testing the patience of both the bulls and the bears, and only time will time who blinks first! Technical indicators however foretell of a weak undertone, and hence, I believe that any rise up to the resistance zone should be used to build short positions by placing a stop-loss just north of $238 for a target of $230. Volatility may rise at the end of the week.

Tags: bitcoinBitcoin price chartbitcoin technical analysisbitcoin tradingbtc usdcryptocurrency
TweetShare
BitStarz Player Lands $2,459,124 Record Win! Could you be next big winner? Win up to $1,000,000 in One Spin at CryptoSlots