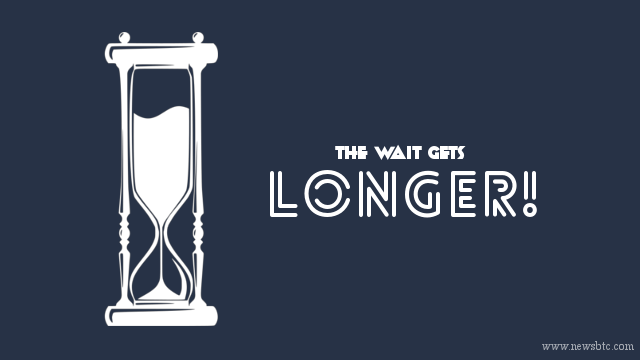 Bitcoin is currently trying to form a temporary support near $220 and rise higher. Even during the weekend, the cryptocurrency dropped to $219 before rising up to $225.48 which was immediately followed by profit booking. As a result, Bitcoin erased all the weekend gains and is currently trading at $222.63, negative from my previous observation of $223.27.

Technically, the current market situation strongly favors the short-sellers while there remains a good probability that bulls may burn their hands.

Bitcoin Chart Structure – The 240-minute BTC/USD price chart above clearly tells that the chart structure is still weak. As can be noticed, Bitcoin could not challenge the previous top during the recent relief rally but did fall down to the floor value. Continuation of this lower-top structure would give confidence to the bears.

Moving Average Convergence Divergence – After sustaining above the Signal Line for a considerable time period, MACD has registered a negative crossover, dragging the Histogram value in the negative territory. The latest MACD value is -0.7228 while that of the Signal Line is -0.5538. The Histogram is only slightly negative with -0.1691.

Momentum – The bearish undertone has also pulled the Momentum reading down to -2.0400.

In my previous analysis titled, Another Collapse in the Offing, I had mentioned that Bitcoin might extend its consolidation before it finally breaks. I maintain that even though bears may have the upper hand, breaking the support won’t be an easy job. Market participants should remain patient and initiate short positions only when the opportunity arises.

Tags: bitcoinBitcoin price chartbitcoin tradingBTC-USD technical analysiscryptocurrency
Tweet123Share196ShareSend
BitStarz Player Lands $2,459,124 Record Win! Could you be next big winner? Win up to $1,000,000 in One Spin at CryptoSlots