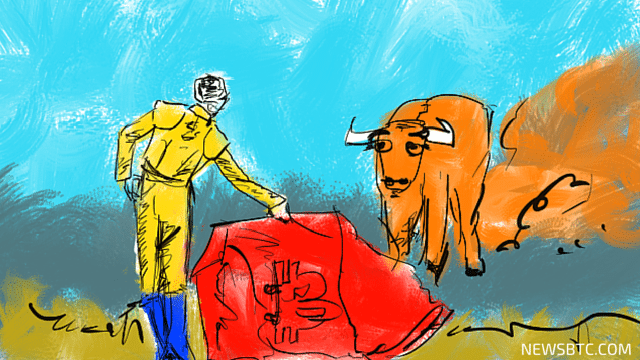 Bitcoin’s price could resume its climb once it is able to break above the bullish flag pattern on its short-term time frame.

At the moment, the major psychological resistance at $400 holding really well, as several take-profit orders were probably triggered there. However, bulls are pushing higher, as Bitcoin’s price has made higher lows.

If the resistance gives way, Bitcoin prices could have around $40 in gains to go, as this is the same height as the previous surge. However, a downside break could trigger a pullback to the moving averages.

The stochastic oscillator, on the other hand, is pointing down, so bearish pressure could be in play. RSI is on middle ground, barely offering any strong directional clues at the moment.

The average directional index is treading carefully below the 50 level, which means that ranging market conditions are present. In that case, Bitcoin’s price could keep moving sideways inside its bullish flag pattern for a bit more.

If buyers need a bit more support to carry on with the uptrend, a downside break could still yield a retracement opportunity, possibly around the dynamic support at the 100 SMA ($390) or the 200 SMA ($375).

TA: Ethereum Could Narrowly Avoid a Major Drop if it Closes Above $380