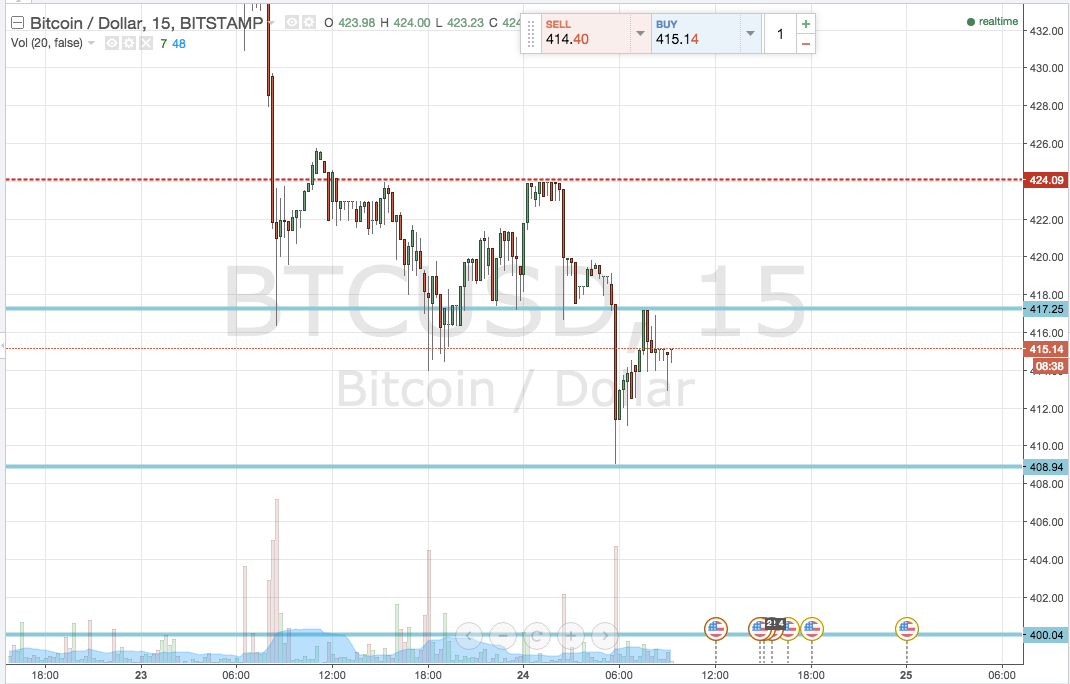 Once again our breakout strategy has helped us draw a profit from the markets on Tuesday, via a continuation of the overarching bearish momentum that we saw initiated through the sharp Monday decline. We noted in yesterday’s analysis that action had tightened up a little, and that this might mean we had hit the bottom of the downturn and could be set for a reversal. Just in case we were wrong, however, we set up a downside scalp framework, with the goal of entering short for a short, sharp profit on the breaking of support.

Our upside trade was the more aggressive of the two, and would have netted us more reward for the risk we were taking on, but price action is king, and it just didn’t turn out that way. Not to worry – a profit is a profit – and onwards we go today.

So we’ve had a few fundamental factors that may be influencing the current weakness – the CFTC, Ripple etc. – but chances are the real driver behind the action over the past few days is profit taking after reaching what amounts to six week highs towards the end of last week. Once the profit taking subsides we should see some strength again. Today’s price already represents an opportunity to get in at a circa 4% discount to last week’s highs, so there’s probably not far to go.

So with this in mind, what are we watching today? We’ve got our range defined by in term support at 408.94 and in term resistance at 417.25.

A break of resistance will put us long towards an immediate upside target of 242 flat – a tight trade and a reversal of yesterday’s aggression. Stop at 415 defines risk.

A close below support will signal short towards 400 flat. Again, a stop at 410 flat limits our downside risk on the trade.