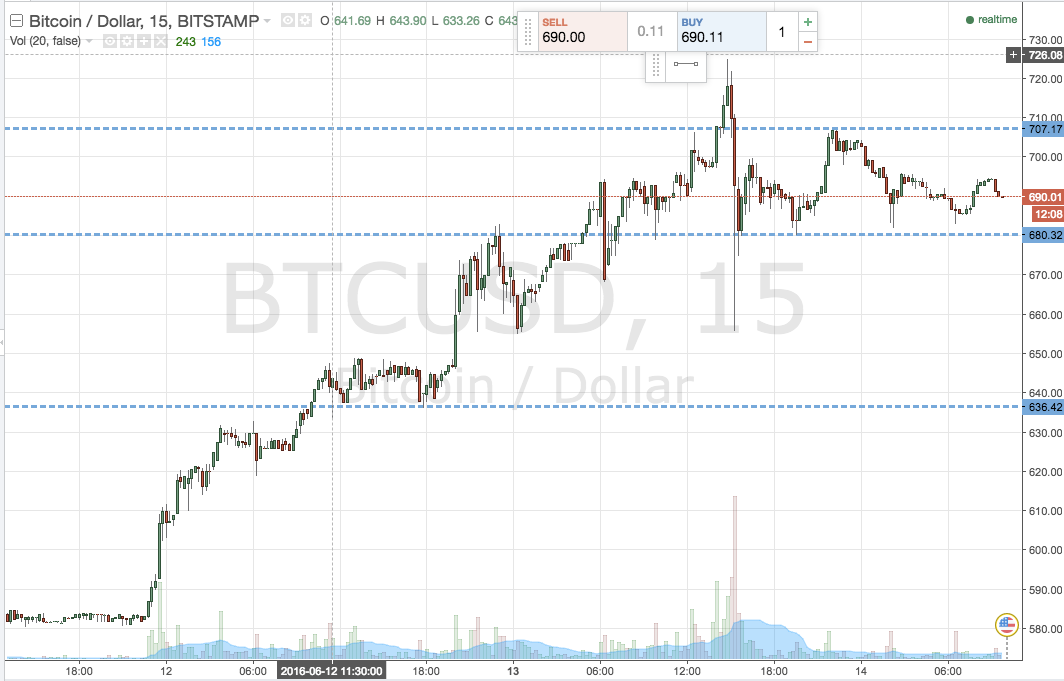 Yesterday evening, we published the second of our twice-daily bitcoin price analyses. Our primary concern in the piece, was that bitcoin had gained so much throughout the day, but that as a result, expected a pretty wide scale correction on these gains. The only problem was that we did not know when this correction would come, or how severe it might be. As markets booked profits on the speculative portion of the volume, a domino effect could quickly take hold. Of course, the sustained upside momentum offered up the potential for further gains before correcting, so as usual, we set up against both sides of the market in an attempt to draw a profit from any upside movement, but also to protect ourselves against any downside correction. Action has now matured overnight, and as it turned out, the correction came pretty much right after we published our analysis. So, with all this said, and with the latest action in mind, here is a look at what we’re focusing on for this morning’s session in the bitcoin price, and where and when we will look to get into the markets according to our intraday strategy.

As ever, take a look at the chart below to get an idea of what we are looking at.

As the chart shows, we are focusing on support for today at 680 (which served as a medium-term turnaround point overnight) and resistance at 707. It’s worth bearing in mind that 700 will likely present a midrange psychologically relevant level, and there could be some friction around this level as a result. That aside, however, our traditional breakout strategy dictates that we enter long at a break above (and a close above) resistance, with an upside target of yesterday’s highs at 725. Looking short, a close below 680 signals a bearish trade toward 670. A stop loss on this one somewhere in the region of 685 defines risk.