Bitcoin price is placed nicely above the $6,650 level against the US Dollar. BTC/USD may soon make the next move (likely higher above $6,800).

Recently, there was the third rejection from the $6,800-6,820 resistance zone in bitcoin price against the US Dollar. The BTC/USD pair declined and traded below the $6,700 level. However, the decline was prevented by the $6,600 support and the 100 hourly simple moving average. Moreover, the 61.8% Fib retracement level of the last leg from the $6,360 low to $6,850 high also provided support.

As a result, the price bounced back and moved above the $6,700 resistance area. However, bitcoin buyers continue to struggle to clear the $6,800-6,820 resistance zone. A break above this is needed for a push towards the $7,000 handle in the near term. At the moment, it seems like there is a key contracting triangle formed with support at $6,700 and resistance near $6,780 on the hourly chart of the BTC/USD pair. The triangle support is close to the 50% Fib retracement level of the last wave from the $6,595 low to $6,812 high. 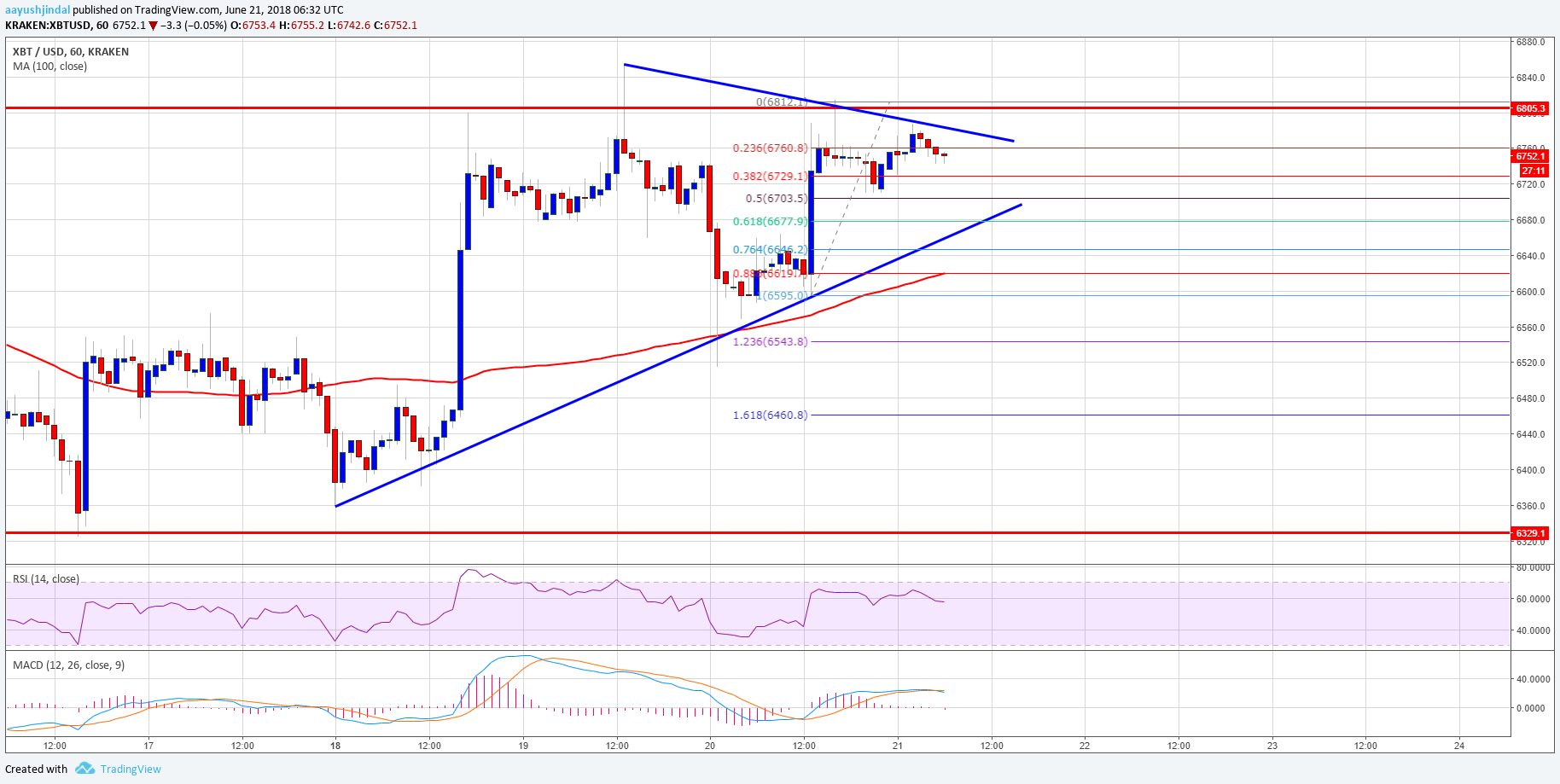 Hourly MACD – The MACD for BTC/USD is slowly moving back in the bearish zone.