Bitcoin price is facing an increased selling pressure below $6,600 against the US Dollar. BTC/USD may decline further if it fails to move above the $6,560 resistance.

Recently, bitcoin price tested the $6,600 and $6,650 resistance levels against the US Dollar. The BTC/USD pair failed to gain momentum above $6,600, which resulted in a downside move. The price declined and broke a major support at $6,500. During the decline, there were bearish moves formed below the $6,600 level and the 100 hourly simple moving average. 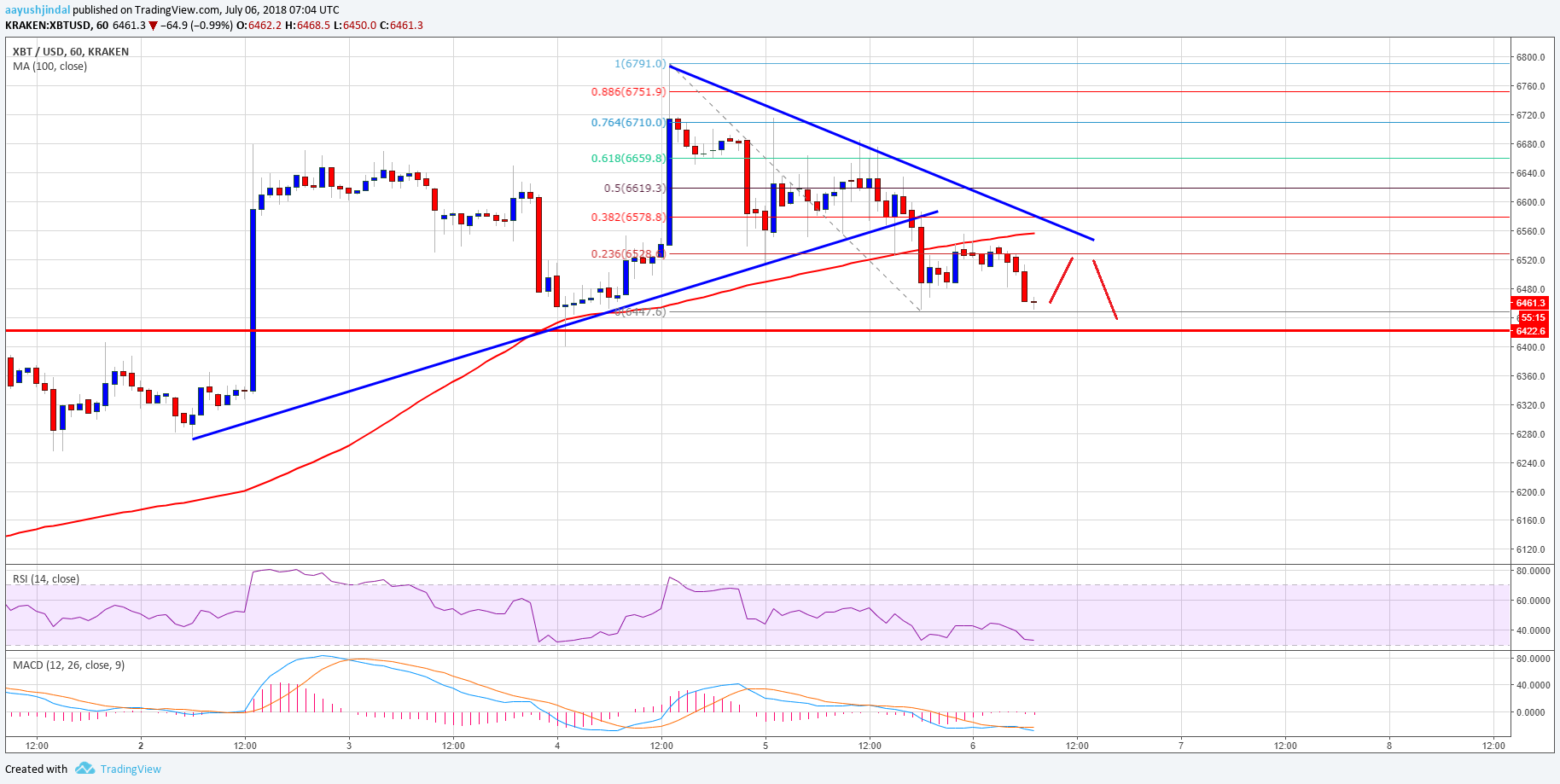 Looking at the chart, the price is struggling to gain momentum above $6,550 and $6,600. Therefore, it is at a risk of more declines below $6,450. In the mentioned case, the $6,400 support holds a lot of importance and must hold to avoid a bearish break.

Hourly MACD – The MACD for BTC/USD is placed in the bearish zone.

Hourly RSI (Relative Strength Index) – The RSI is well below the 40 level.