Bitcoin price is showing positive signs above $6,280 against the US Dollar. BTC/USD could soon break the $6,480 and $6,570 resistances to rebound further.

This past week, we saw heavy declines below $6,550 in bitcoin price against the US Dollar. The BTC/USD pair even broke the $6,000 support, but buyers appeared and protected more declines. A low was formed at $5,794 and the price started an upward correction. The price moved above the $6,200 resistance and traded with bullish moves during the past few hours. It even broke the 23.6% Fib retracement level of the recent decline from the $7,166 high to $5,974 low.

However, the upside move is facing sellers near the $6,500 level. The 38.2% Fib retracement level of the recent decline from the $7,166 high to $5,974 low is also acting as a hurdle. More importantly, there is a major contracting triangle forming with resistance near $6,480 on the hourly chart of the BTC/USD pair. Should the price break the triangle resistance and $6,500, it could trade further higher. The next resistance is the $6,570 level, which is the 50% Fib retracement level. Above this, the price may even trade above the $6,650 level in the near term. On the other hand, if the price fails to move past $6,480 and drops below $6,280, there could be a bearish reaction. 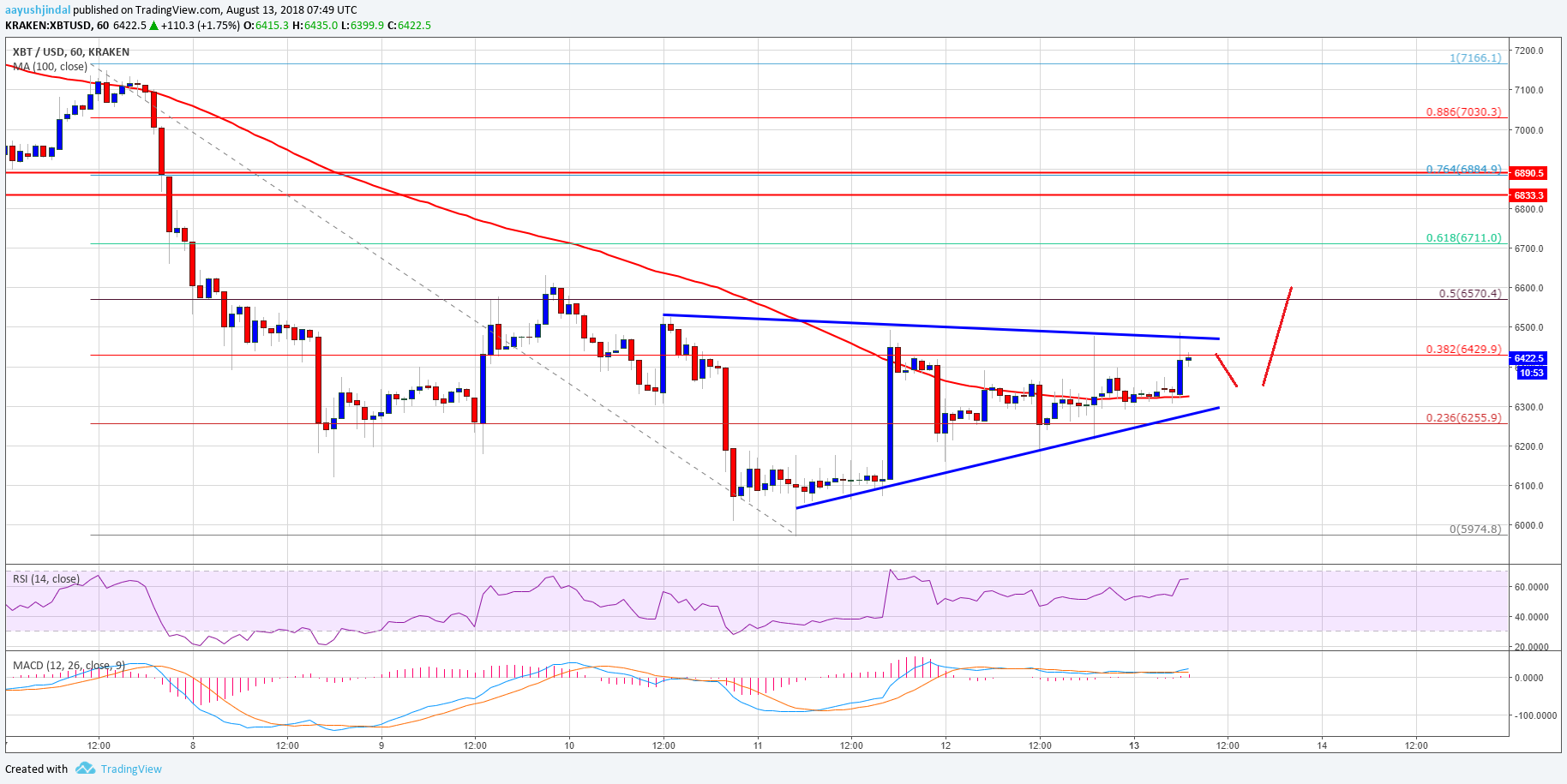 Hourly MACD – The MACD for BTC/USD is placed in the bullish zone.

Hourly RSI (Relative Strength Index) – The RSI is currently well above the 50 level.