Bitcoin price is under pressure below $7,120 against the US Dollar. However, BTC/USD may perhaps correct higher in the short term towards $7,050 and $7,100.

At the moment, the price is attempting to clear the $6,960 and $7,000 resistances. There is also a key connecting bearish trend line formed with resistance near $6,960 on the hourly chart of the BTC/USD pair. Should there be a close above the $7,000 resistance, the price may test the $7,080 level. It represents the 76.4% Fib retracement level of the last decline from the $7,163 high to $6,834 low. Above this, a crucial resistance awaits near $7,120 and the 100 hourly simple moving average. A successful close above $7,120 may well open the doors for more upsides in the near term. 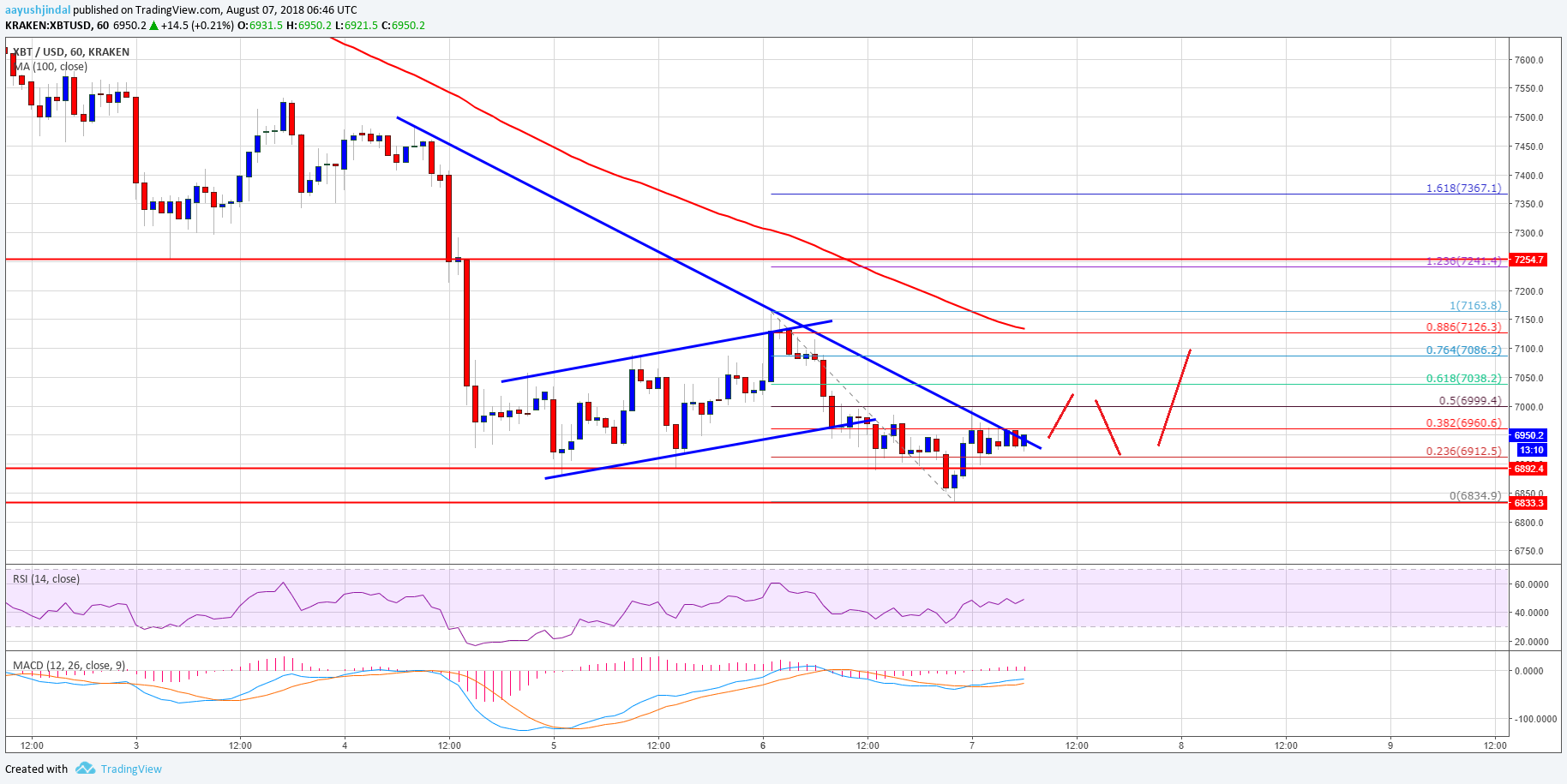 Looking at the chart, BTC price is trading in a bearish zone, but short-term recoveries are possible above $7,000. On the downside, a break below $6,850 might clear the path for a push towards $6,500.

Hourly RSI (Relative Strength Index) – The RSI is positioned just above the 50 level.