Bitcoin price is placed in an uptrend above $6,600 against the US Dollar. BTC/USD may perhaps resume its upside move once the current correction is complete.

Bitcoin price bounced sharply after forming a base near the $6,500 level against the US Dollar. The BTC/USD pair traded above the $6,600 and $6,700 resistance levels. The upside wave was strong since the price traded to a new monthly high at $6,839. Later, the price started a downside correction and declined below $6,800. There was a break below the 23.6% Fib retracement level of the last wave from the $6,504 low to $6,839 high.

However, the decline found support near the $6,680 level, which was a resistance earlier. Moreover, the 50% Fib retracement level of the last wave from the $6,504 low to $6,839 high also acted as a support. The price is currently consolidating and is well above the $6,600 support and the 100 hourly simple moving average. Should the price decline further, the $6,620 and $6,600 support levels are likely to act as strong resistances. On the upside, an initial resistance is at $6,720. There is also a short-term bearish trend line in place with resistance at $6,730 on the hourly chart of the BTC/USD pair. 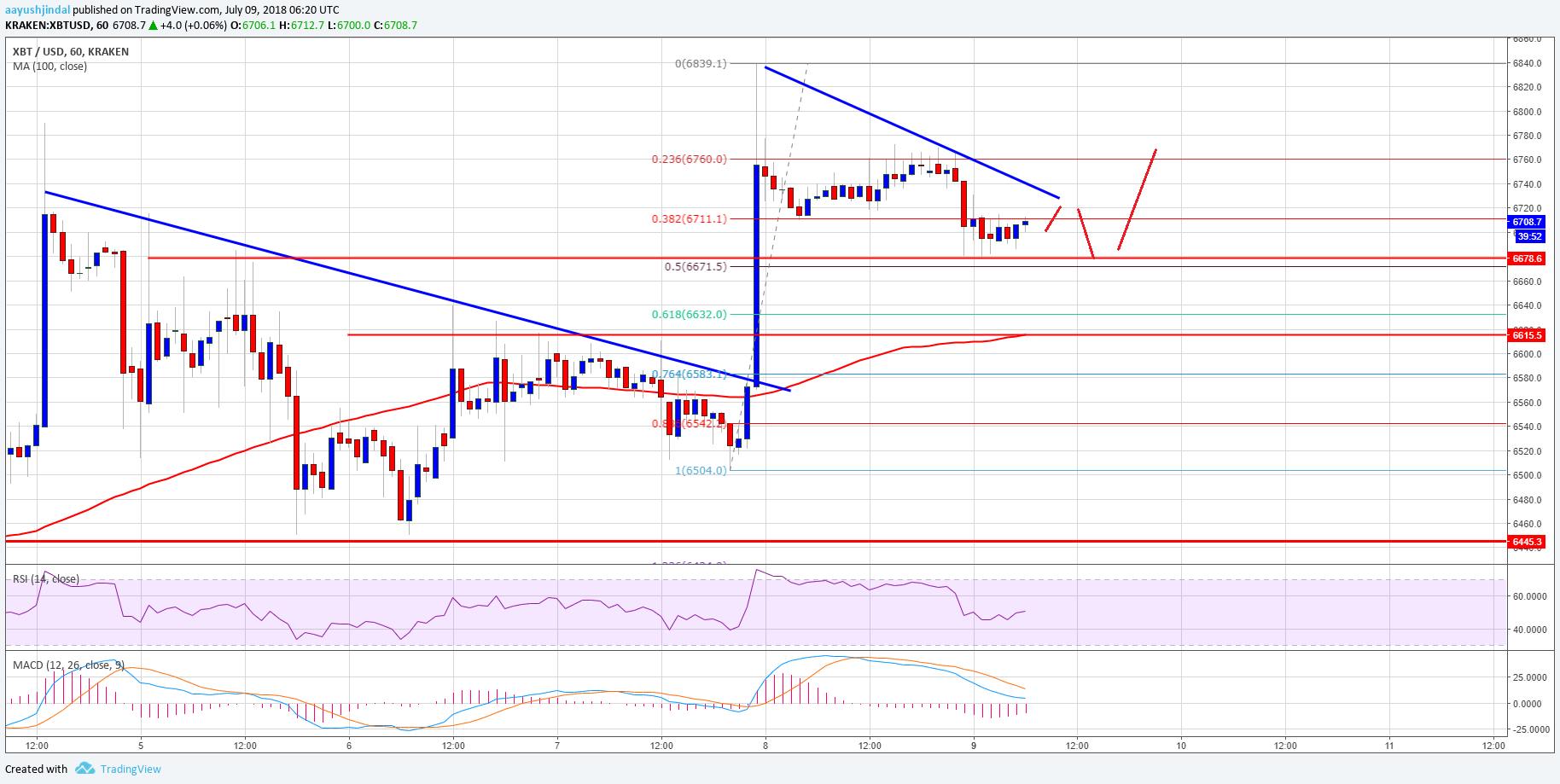 Hourly MACD – The MACD for BTC/USD is currently in the bearish zone.

Hourly RSI (Relative Strength Index) – The RSI is flirting with the 50 level.