Bitcoin price is following a bullish path above $8,600 against the US Dollar. BTC/USD has to move above $9,000 to accelerate gains in the near term. 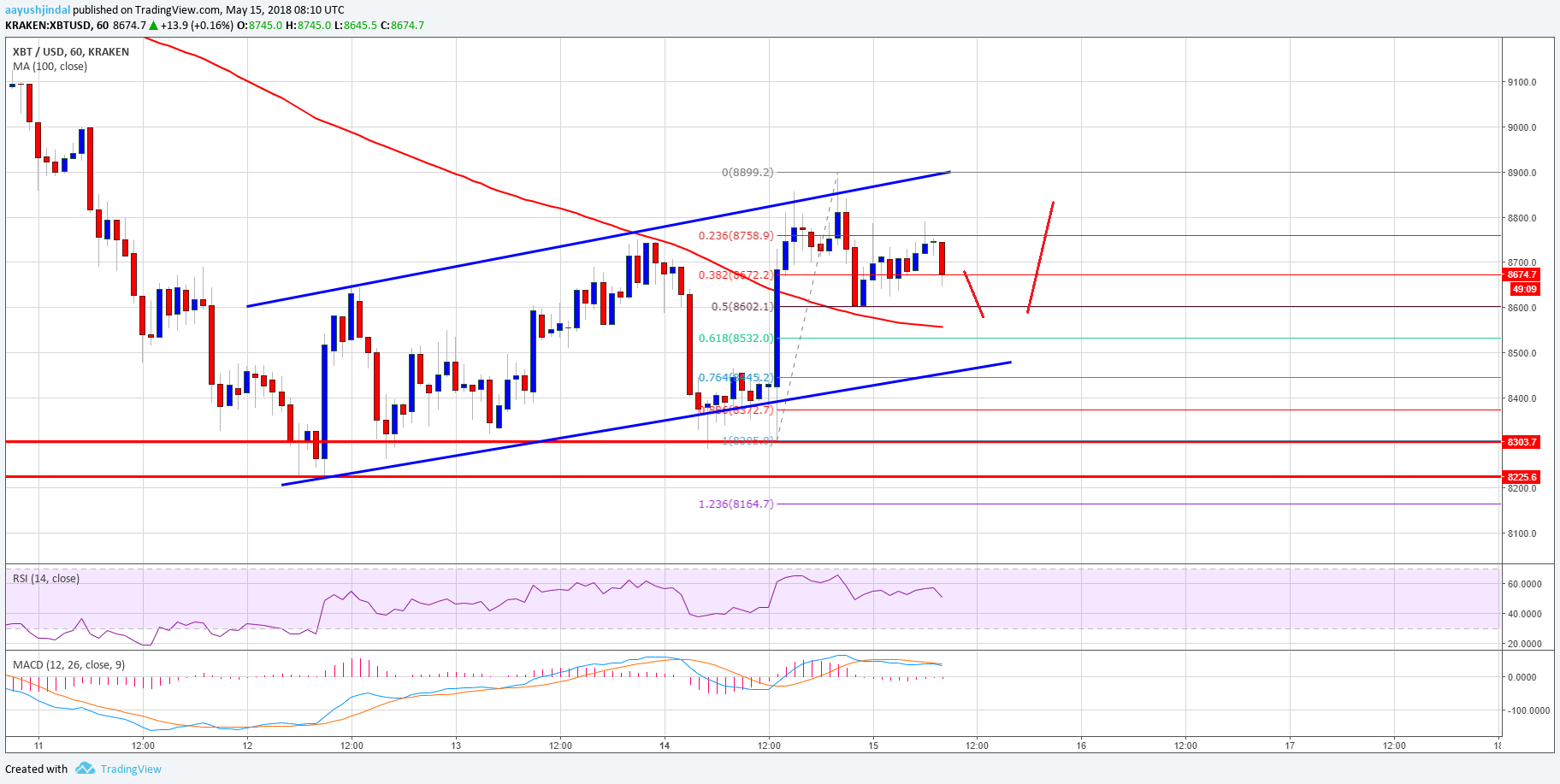