Bitcoin price is rebounding from the $7,426 low against the US Dollar. BTC/USD is likely to correct further higher towards the $7,850 resistance in the near term.

Yesterday, we saw a major bearish move below $7,850 in bitcoin price against the US Dollar. The BTC/USD pair traded as low as $7,462 and later corrected higher. However, upsides were capped by the $7,600 level and the price declined once again. A new low was formed at $7,426 where the price formed a decent support for an upward recovery above $7,500. 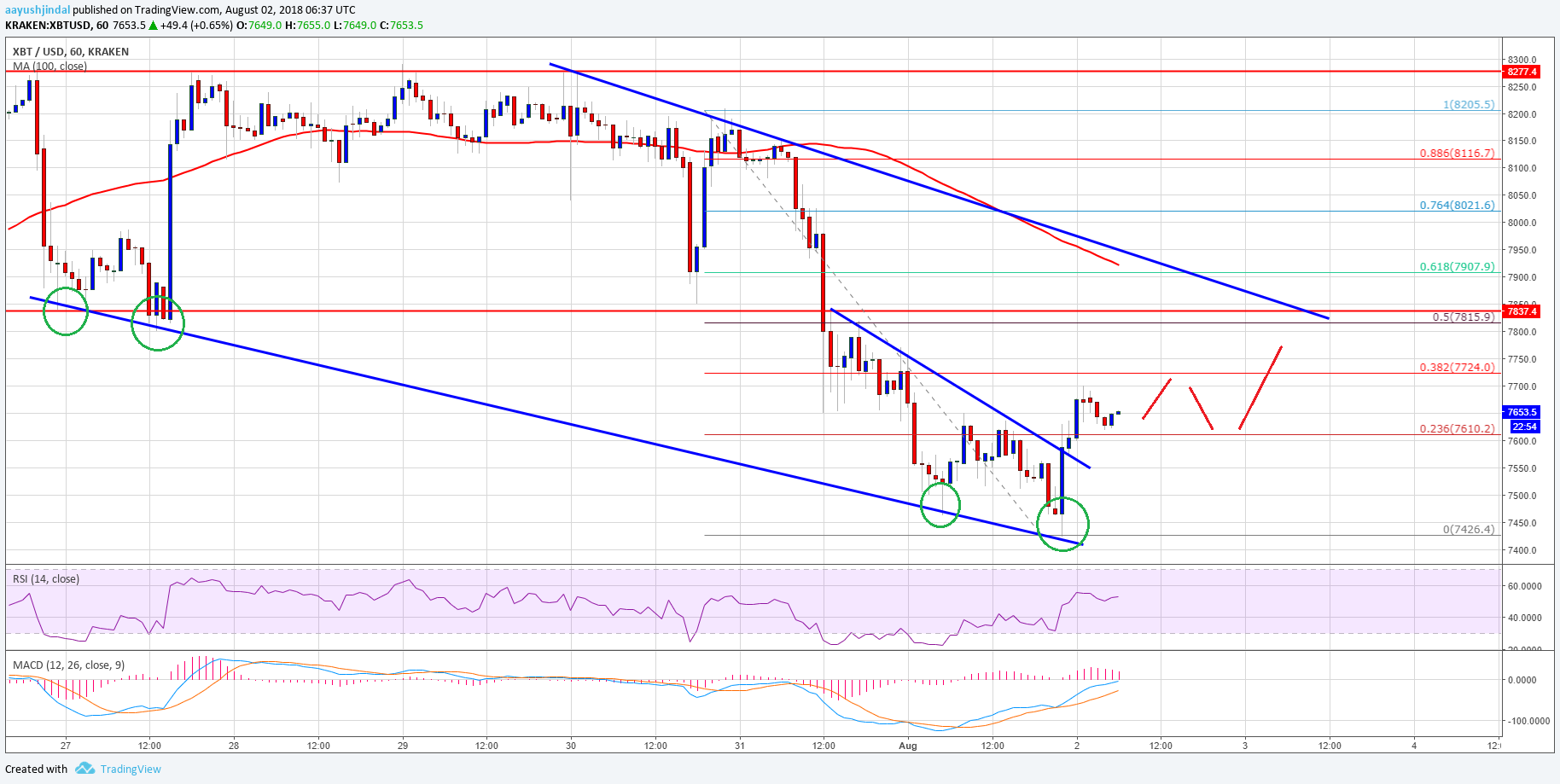 Hourly MACD – The MACD for BTC/USD is placed nicely in the bullish zone.

Tags: Bitcoin Analysisbitcoin priceBitcoin price analysisBitcoin price chartbitcoin technical analysisbtcbtcusd
Tweet123Share196ShareSend
BitStarz Player Lands $2,459,124 Record Win! Could you be next big winner? Win up to $1,000,000 in One Spin at CryptoSlots