Bitcoin price remained in a range above $6,000 against the US Dollar. BTC/USD needs to clear the $6,200-6,300 hurdle for an extended recovery in the near term.

During the past three sessions, there was no major move above $6,220 in bitcoin price against the US Dollar. The BTC/USD pair remained confined in a range below the $6,300 resistance. The best part was the fact that buyers managed to hold the $6,000 support. It is currently flirting with the 100 hourly simple moving average and $6,100. Recently, it dipped a few points and tested the $6,000 support.

There was a test of the 50% Fib retracement level of the last leg from the $5,660 swing low to $6,340 swing high. However, buyers appeared and protected a downside break below $6,000. There is a declining channel forming with resistance near $6,180 on the hourly chart of the BTC/USD pair. As long as the price is above the $6,000 support, there are chances of an upside move. A break below $6,000 may put a lot of pressure on buyers and the price could drop back to $5,660. On the flip side, an upside break above $6,180 will most likely call for a test of the $6,300 resistance. 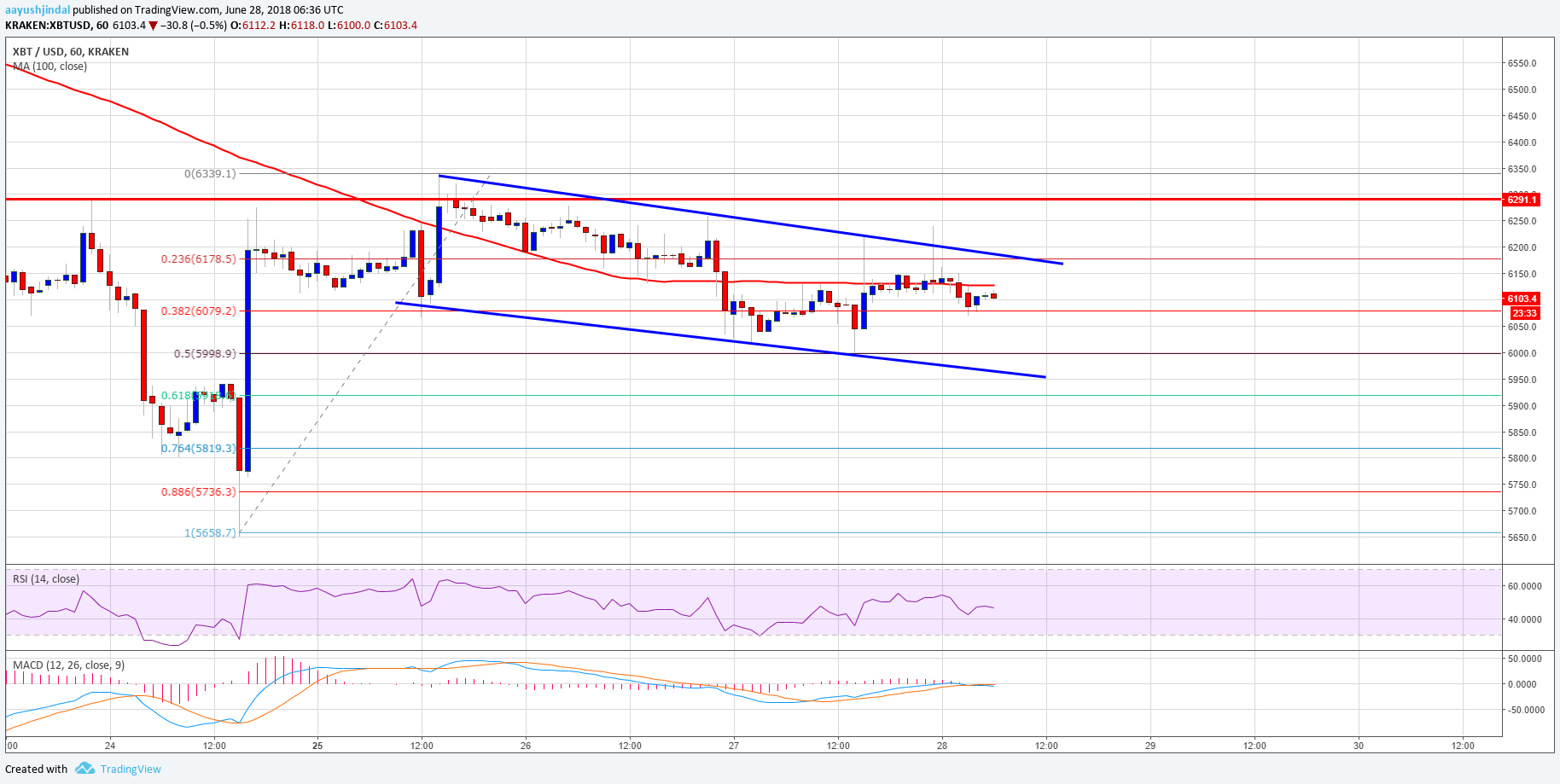 Hourly MACD – The MACD for BTC/USD is mostly flat in the bearish zone.

Hourly RSI (Relative Strength Index) – The RSI is moving around the 50 level.