This past week, there was a decent bounce from the $6,130 level in bitcoin price against the US Dollar. The BTC/USD pair traded above the $6,500 and $6,600 resistance levels. However, sellers successfully defended the $6,700-30 zone. As a result, there was a downside reaction and the price declined below the $6,660 pivot level. There was also a break below the 50% Fib retracement level of the last wave from the $6,122 low to $6,731 high.

The price even settled below the $6,500 level and the 100 hourly simple moving average. However, the price was able to hold the 61.8% Fib retracement level of the last wave from the $6,122 low to $6,731 high. There are many important support levels on the downside such as $6,325 and $6,230. As long as the price is above $6,230, it could make an attempt to move higher. On the upside, there is a significant bearish trend line formed with resistance at $6,500 on the hourly chart of the BTC/USD pair. 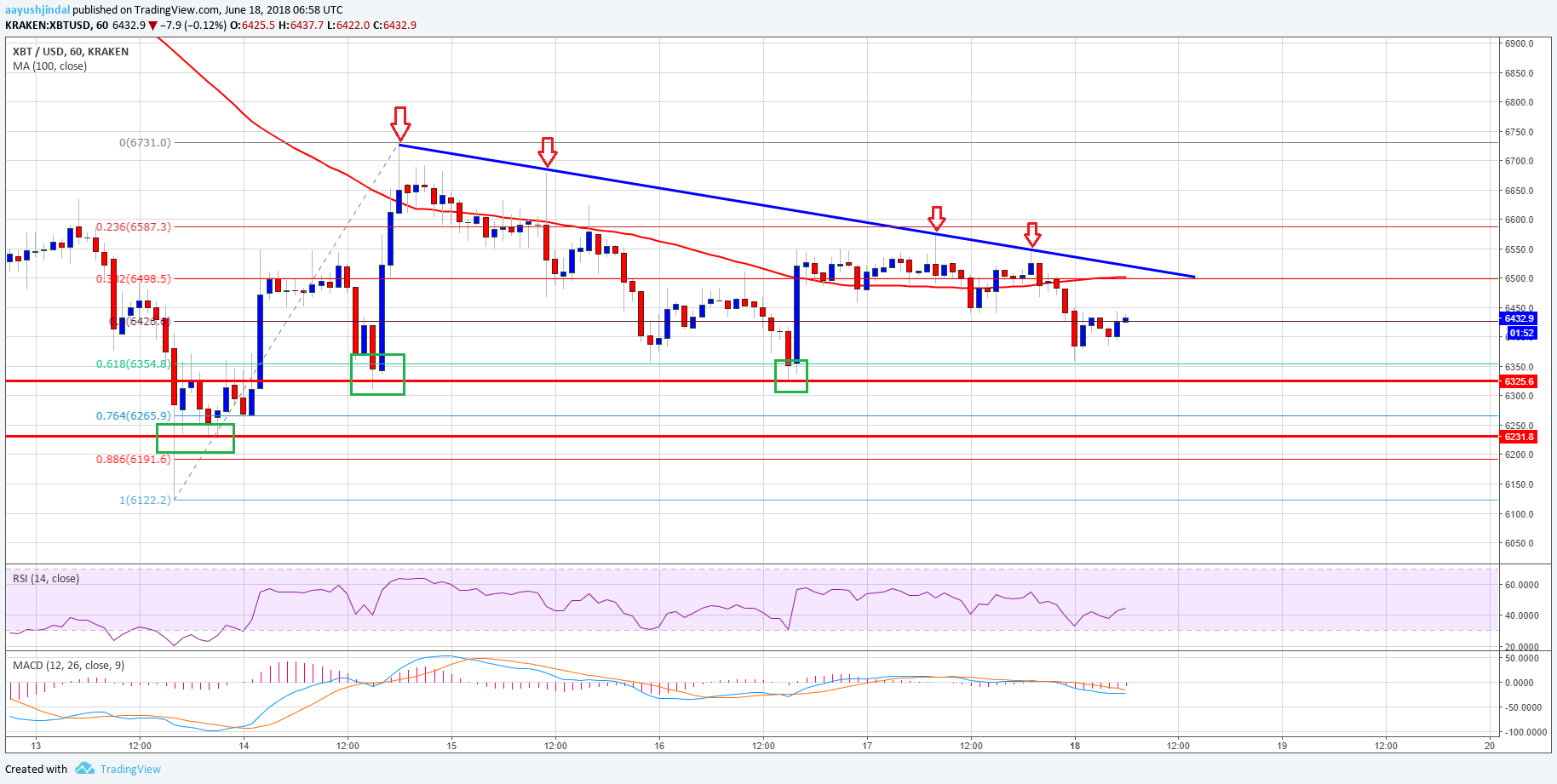