Bitcoin price turned bearish below $6,830 against the US Dollar. BTC/USD could correct higher, but it is likely to face heavy selling interest near $6,700 and $6,770.

Yesterday, we discussed that there could be a recovery above $7,050 in bitcoin price against the US Dollar. The BTC/USD pair did move above $7,050, but as discussed upsides were capped. The price failed to break the $7,070 and $7,150 resistance levels. More importantly, there was a rejection pattern formed near the $7,150 level and the 100 hourly simple moving average. 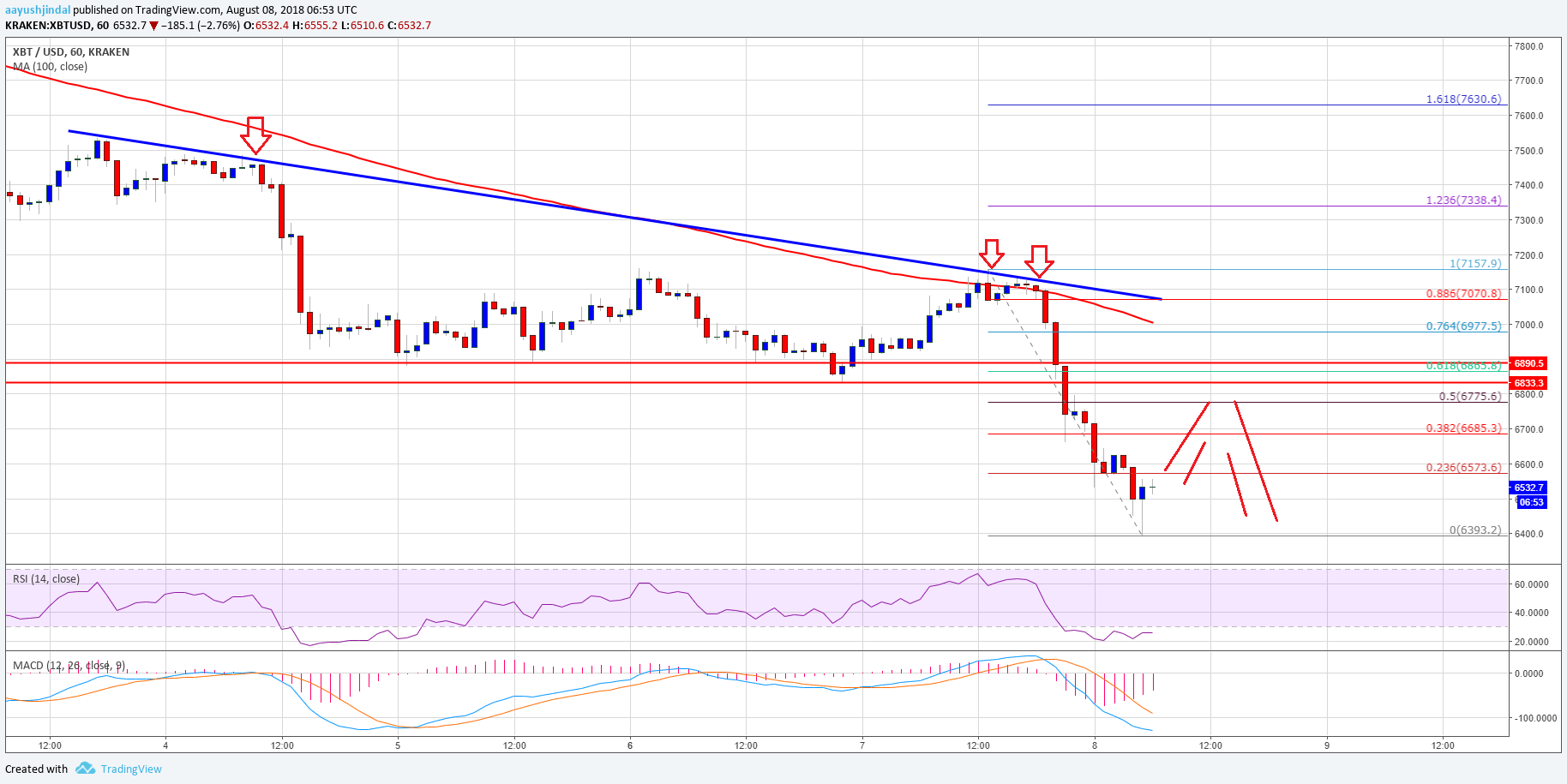 Looking at the chart, BTC price is clearly in a bearish zone below $6,830. Any recoveries from the current levels are likely to face sellers near $6,700 and $6,770.

Hourly RSI (Relative Strength Index) – The RSI is positioned in the oversold zone.