Bitcoin price declined below the $6,700 support with negative signs against the US Dollar. BTC/USD could continue to move down and it may even retest the $6,550 level.

There was another attempt to move past the $6,820 resistance by bitcoin price against the US Dollar. The BTC/USD pair was rejected from the $6,800 level and started a downside move. It declined and broke a few key supports, including $6,700. Moreover, there was a break below the 50% Fib retracement level of the last wave from the $6,511 low to $6,811 high.

More significantly, yesterday’s discussed important contracting triangle was broken with support at $6,720 on the hourly chart of the BTC/USD pair. The decline was such that the price settled below the $6,700 support and the 100 hourly simple moving average. At the moment, the price is trading near the 61.8% Fib retracement level of the last wave from the $6,511 low to $6,811 high. It may continue to move down if sellers succeed in pushing the price below the $6,600 support. The next key support on the downside sits around the $6,550 level. 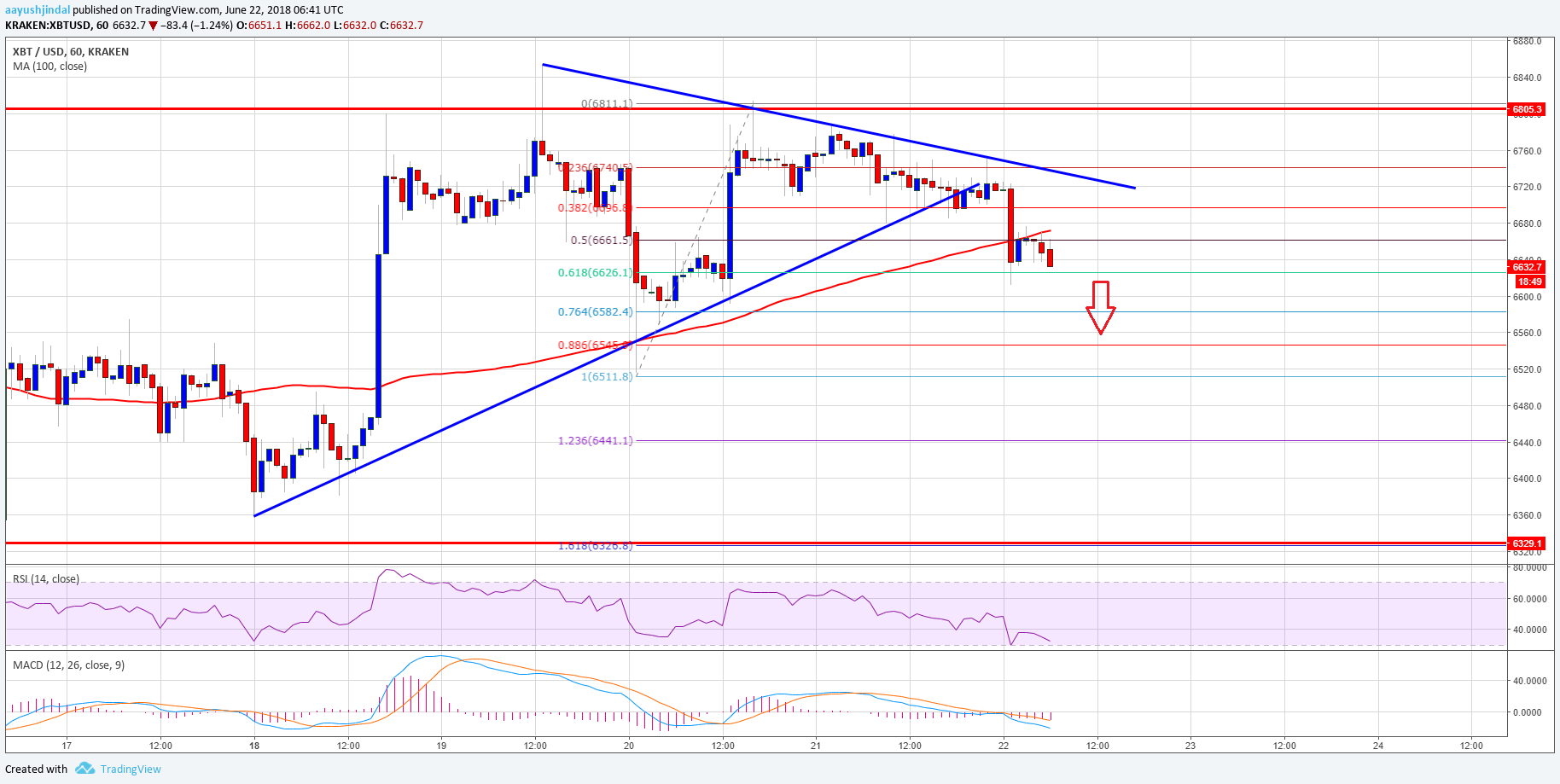 Looking at the chart, the price has likely moved into a bearish zone below the $6,700 level. To initiate a fresh upside move, bitcoin buyers must push the price back above $6,700 and the 100 hourly SMA. If not, it could decline back towards the $6,550 level.

Hourly MACD – The MACD for BTC/USD is gaining pace in the bearish zone.

Hourly RSI (Relative Strength Index) – The RSI is now near the oversold region.