Yesterday, we discussed a major resistance area near $9,450 in bitcoin price against the US Dollar. The price was trading with a positive bias, but buyers failed to push the price above $9,400 and $9,450, which resulted in a downside move. There was a sharp bearish reaction and the price tumbled below the $9,050 and $9,000 support levels. The recent downside break looks real as the price settled below the $9,000 handle and the 100 hourly simple moving average. 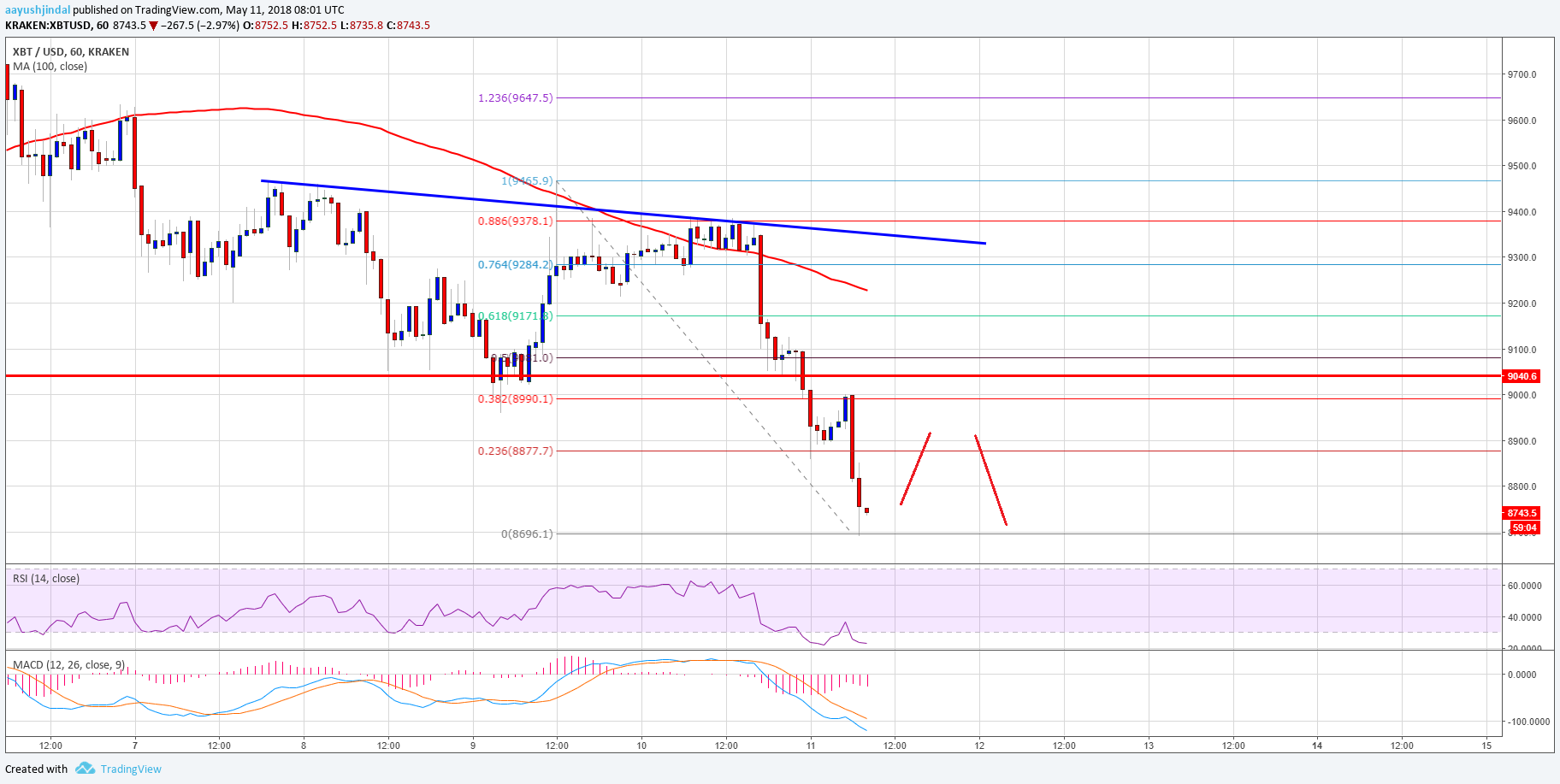 Looking at the hourly chart, is a major bearish trend line forming with resistance at $9,380. On the downside, a break and close below $8,600 may perhaps open the doors for more losses towards the $8,200 level in the near term.

Hourly MACD – The MACD for BTC/USD is gaining momentum in the bearish zone.

Pattern Shows Ethereum Could Be Ready to Surge Despite Pullback