Bitcoin price declined sharply below $7,840 support against the US Dollar. BTC/USD moved into a short term bearish zone with supports at $7,450 and $7,300.

This week, we followed a significant support at $7,850 for bitcoin price against the US Dollar. The BTC/USD pair continuously failed near the $8,280-8,300 resistance area, resulting in a sharp decline. The price fell below the $8,000 level and settled below the 100 hourly simple moving average. More importantly, this week’s highlighted crucial bearish trend line played an important part near $8,260 on the hourly chart. 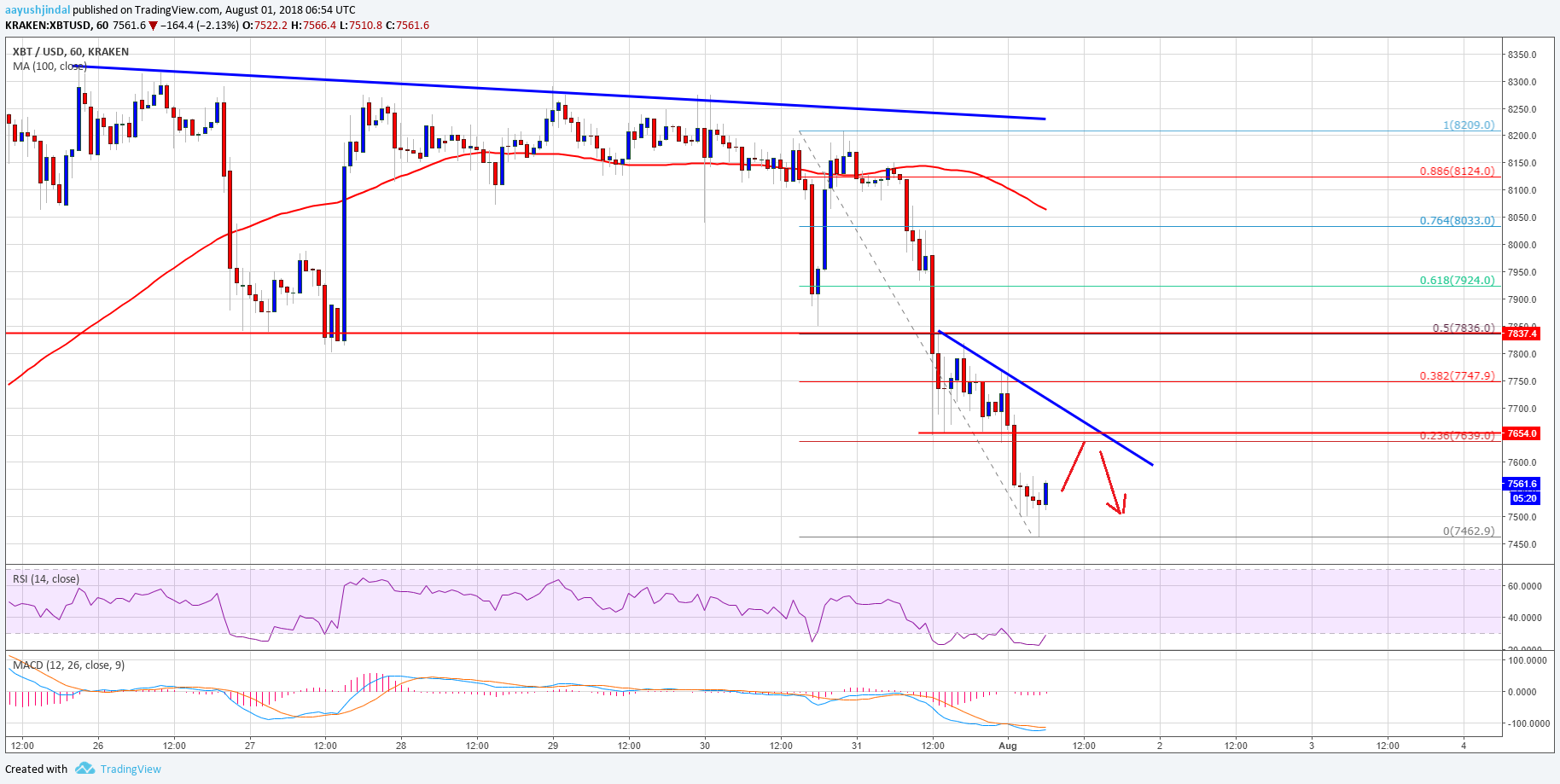 Looking at the chart, the price has moved into a short term bearish zone below $7,850. On the downside, the recent low at $7,462 may act as a support. Below this, the price will most likely drop towards the $7,300 support. The overall price formation is currently bearish as long as bitcoin price is below $7,850.

Hourly RSI (Relative Strength Index) – The RSI is recovering from the oversold levels.