Bitcoin price is showing positive signs above $7,500 against the US Dollar. BTC/USD must clear the $7,650 barrier for more gains in the near term.

Yesterday, we saw a bearish wave below the $7,400 level in bitcoin price against the US Dollar. The BTC/USD pair traded as low as $7,369 before buyers appeared. A base was formed near $7,350 before the price started an upside move. It traded higher and broke the $7,450 level along with the 38.2% Fib retracement level of the last downside move from the $7,780 swing high to $7,350 swing low.

The price also succeeded in settling above the $7,500 resistance and the 100 hourly simple moving average. Later, there was a close above the 50% Fib retracement level of the last downside move from the $7,780 swing high to $7,350 swing low. However, the price is currently struggling to clear the $7,650 resistance. There is also a key connecting bearish trend line in place with resistance at $7,650 on the hourly chart of the BTC/USD pair. Therefore, a close above the $7,650 resistance is needed for an upside acceleration towards $7,800. 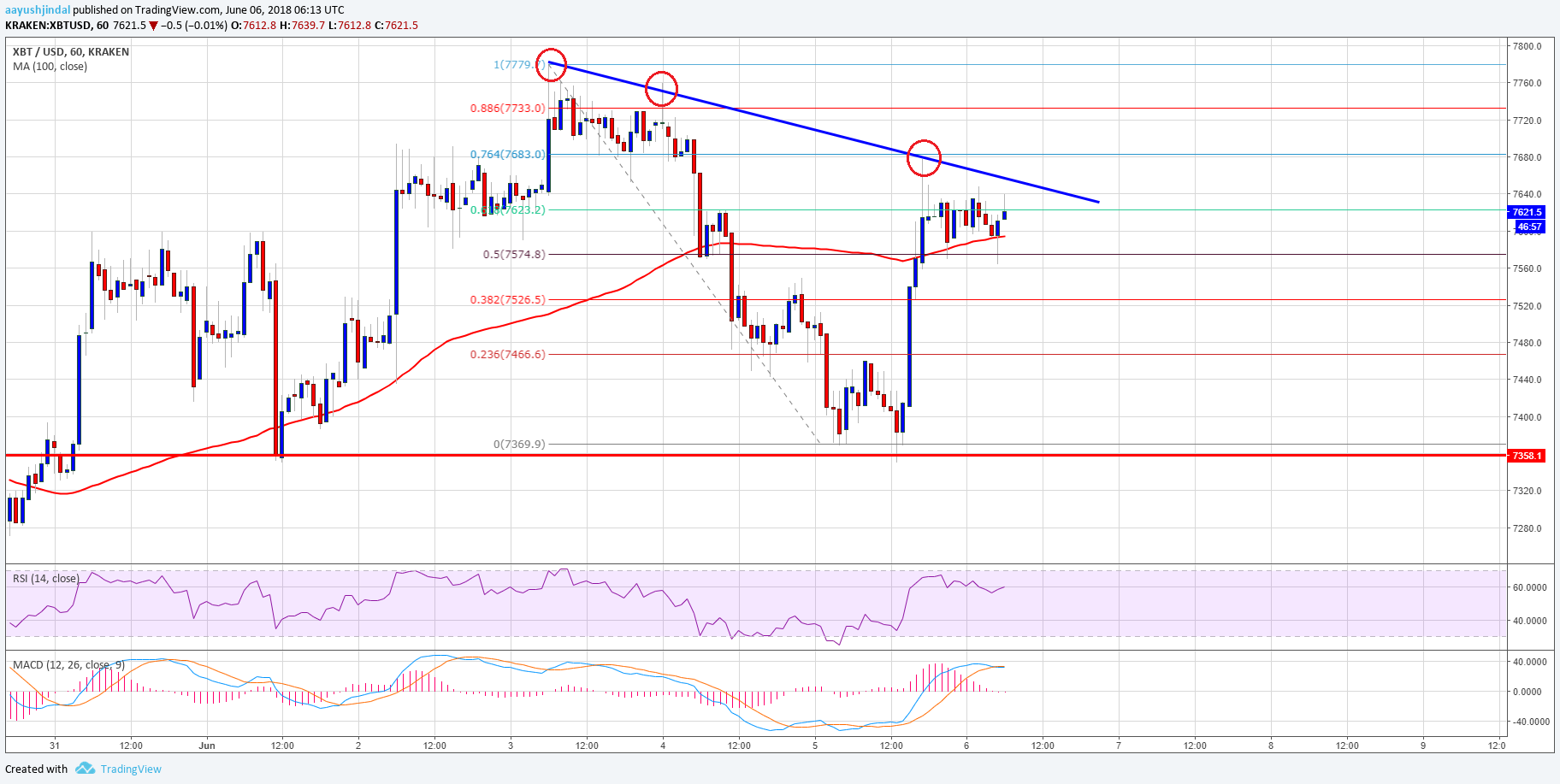 Looking at the chart, the current price action is positive, but a proper break above $7,650 is needed for buyers to take control. On the downside, an initial support is around $7,500, followed by $7,400. Below this last, the price may perhaps retest the $7,350 support.

Hourly MACD – The MACD for BTC/USD has reduced most of its bullish slope.