Bitcoin price is currently correcting lower against the US Dollar. BTC/USD should stay above the $6,400 support to resume its upward move towards $6,800.

Yesterday, bitcoin price traded towards the $6,700 level against the US Dollar. The BTC/USD pair traded as high as $6,680 before sellers took a stand. As a result, a downside correction was initiated and the price declined below the $6,600 level. During the decline, the price broke the $6,550 and $6,500 support levels. Moreover, it cleared the 50% Fib retracement level of the last wave from the $6,260 swing low to $6,680 high.

However, the downside move was protected by the $6,400 support, which was a resistance earlier. More importantly, the 100 hourly simple moving (currently at $6,440) also acted as a support. The price tested the 61.8% Fib retracement level of the last wave from the $6,260 swing low to $6,680 high. At the moment, the price is consolidating losses above the $6,400 support. It seems like there is a new contracting triangle forming with support near $6,410 on the hourly chart of the BTC/USD pair. A bearish break below the $6,400 support and the 100 hourly SMA could be a bearish sign in the short term. 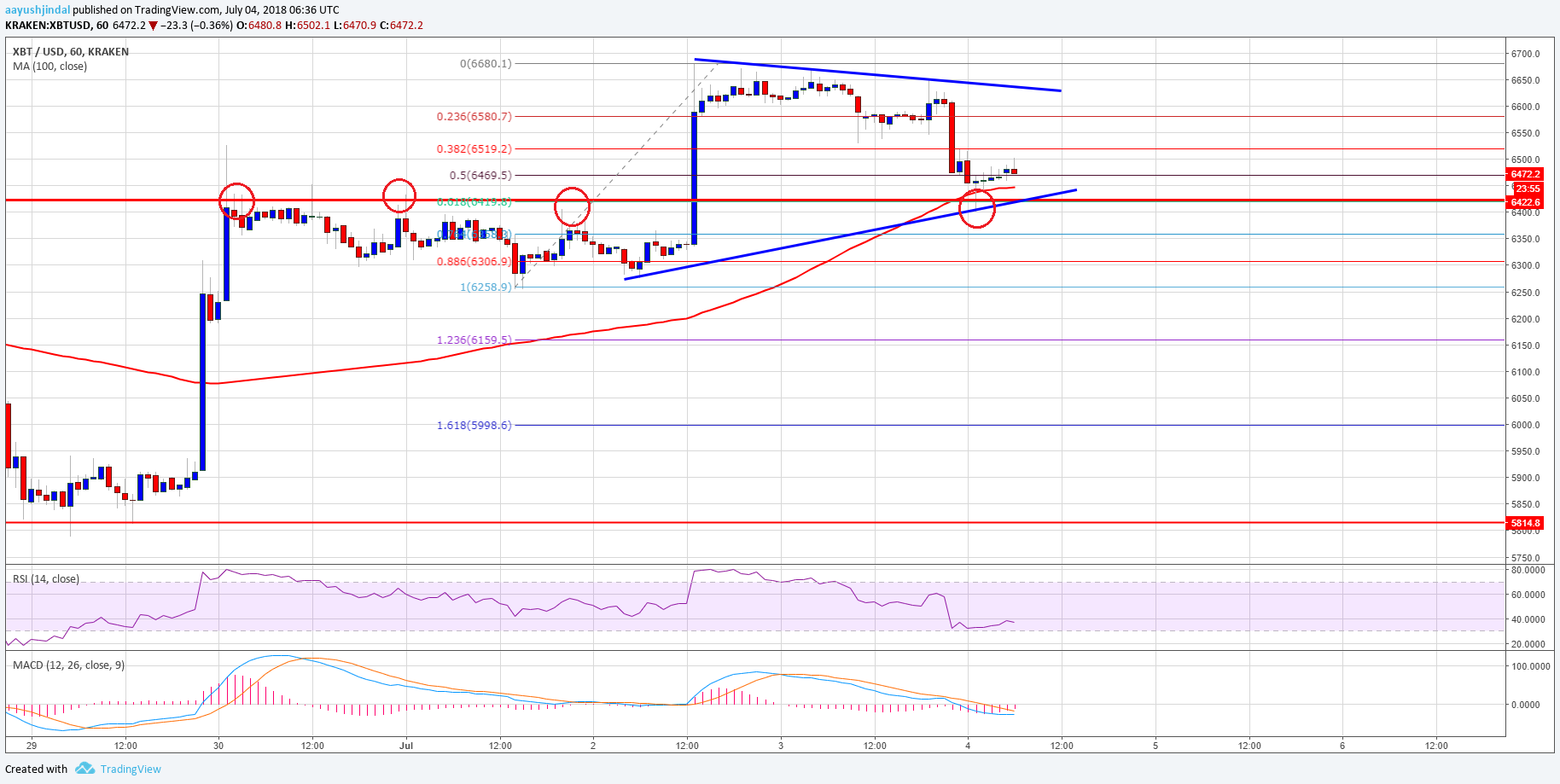 Looking at the chart, the price is likely to hold the $6,400 support. However, it has to break the triangle resistance at $6,600 to gain traction. If bitcoin buyers fail to gain momentum, there is a risk of a break below $6,400.

Hourly RSI (Relative Strength Index) – The RSI is now well below the 40 level.