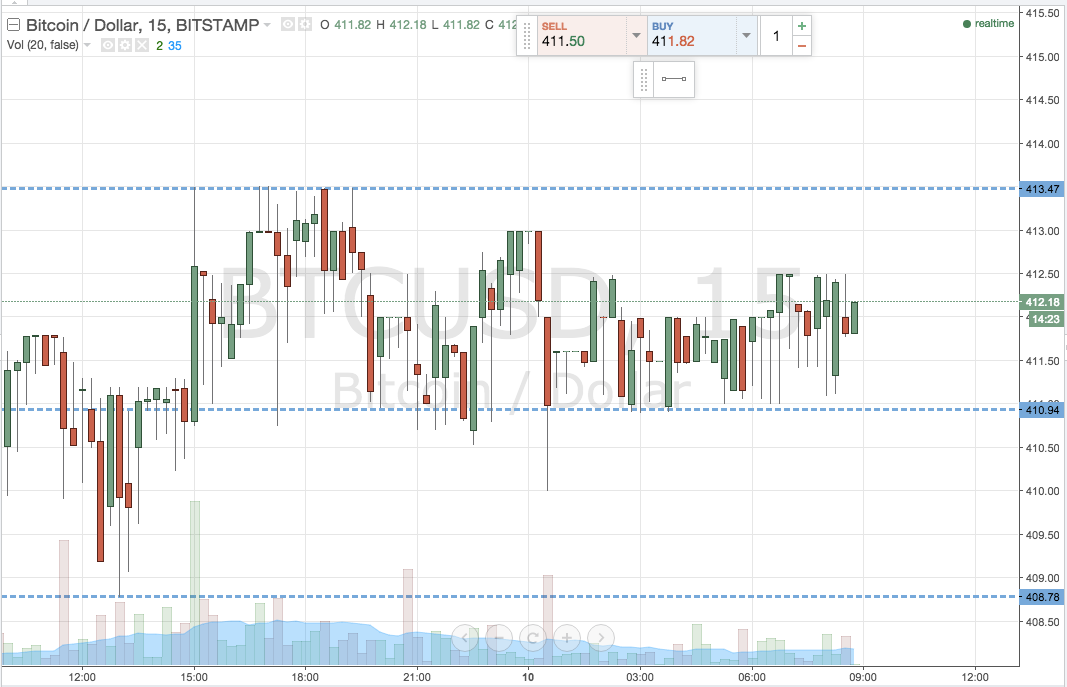 From a volatility perspective, it’s been a pretty dull week in the bitcoin price – at least, that is, on the intraday charts. We’ve been forced to tighten up our parameters on more than one occasion with the goal of drawing intraday scalp profits from the tightest of action, and it’s worked, but without large lot volume, only small profits are available with this sort of approach. We are now heading into the Thursday European morning session, and with any luck, as we move towards the end of the week and into the weekend, things will pick up a bit. Fundamentally, there has not been an overload of data or news, which has likely weighed on sentiment balance a little. There remains the great debate as to the size and shape of future bitcoin, and the implications this has for mass adoption, but the majority of interested parties have – by now – either taken a position or are waiting to see how things play out before committing.  We’re primarily technical on this side of the game, however, so a bit of a dry news week won’t impact our approach to the bitcoin price, and our operations within the market, too dramatically.

So, this said, what’s on for today’s session? Take a look at the chart to get an idea of this morning’s key levels.

The chart illustrates the range we are watching today, as defined by in term support at 411 flat and in term resistance at 414 flat. It’s only a four-dollar range, so we’ll refrain from operating between support and resistance for now – at least until things widen out a bit.

The positions we will take are long on a break of resistance towards an upside target of 418, with a stop at 412 defining our downside; and short at a close below support, stop at 412.5 towards a target of 408 flat.