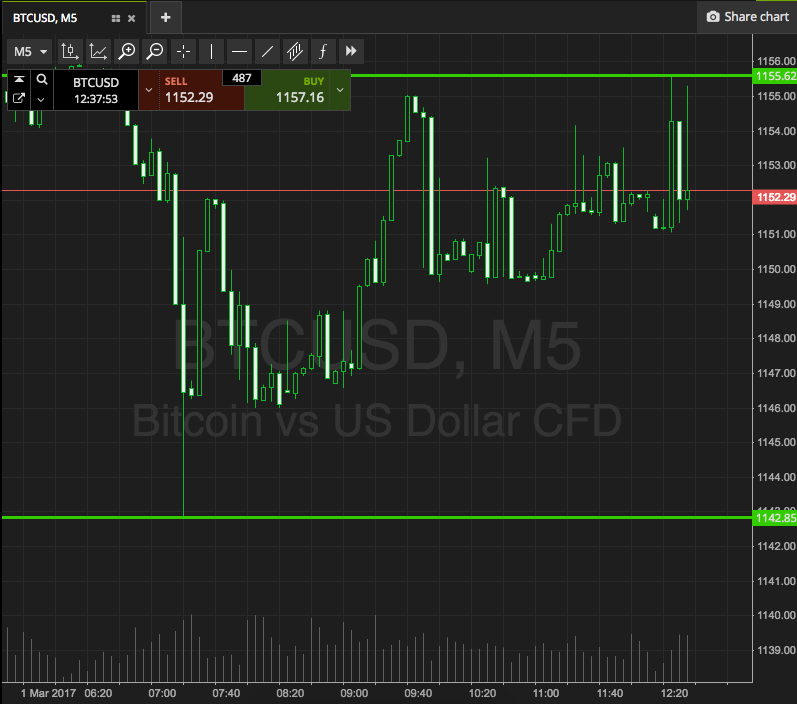 It is the start of a fresh month in our bitcoin price trading efforts, and we normally like to start things off with a touch of reflection. Specifically, what happened last month, and what did it tell us about the month to come. Well, we’d like to do the same here, but in all honesty, it’s not that simple. Price last month was pretty anomalous – we saw a sharp run up followed by an equally sharp decline, and then for the last couple of weeks or so, we’ve just had a sustained run of sideways action.

Whatever anybody says, there’s really not that much we can read into sideways action. Sure, it’s often representative of consolidation. Sure, it generally precedes a decent sized run. These things sort of go without saying, however.

So, with that said, let’s just get right into the new month and see what we can say about action going forward. As ever, take a look at the chart below to get an idea of what’s on, and where we are looking to get in and out of the markets according to the rules of our intraday strategy. It’s a five-minute candlestick chart, and it’s got our range overlaid in green.

As the chart shows, the range in focus for today’s session, the first of this month, is defined by support to the downside at 1142 and resistance to the upside at 1155. Those familiar with our coverage will already be well aware of how these levels play into action. For those new to the strategy, however, if we see a close above resistance, we will get in long towards an upside target of 1165. Conversely, a close below support will put us short towards 1132.

Stops, as ever, will ensure we are taken out of the trade in the event of a bias reversal.