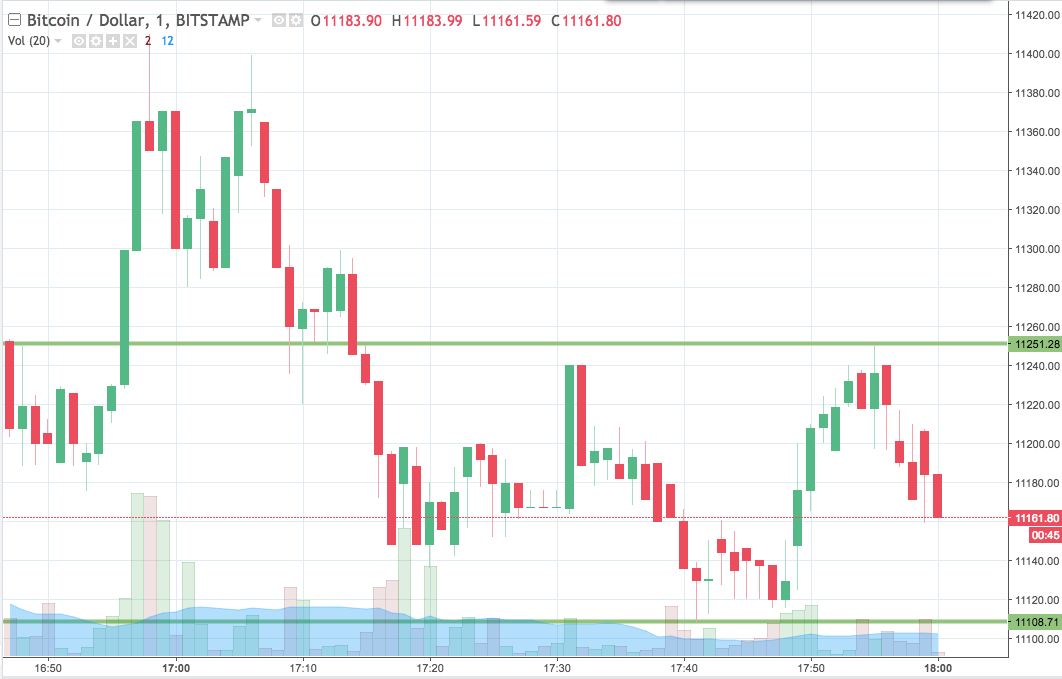 We are closing in on the end of the European session in the bitcoin price and – just as was the case yesterday – we’ve had a wild day in the markets. We were hoping (as we outlined this morning) to see some degree of fundamental shift in sentiment and – subsequent to the shift – an overarching turnaround in the bitcoin price and the price of some of its peer assets.

As it turns out, we’ve not got exactly what we were hoping for. Well, that’s not entirely accurate. We did see some degree of strength, especially heading into the later part of the afternoon out of Europe, but it’s far from enough to say with certainty that we expect markets to turn around longer term based on what we’ve seen.

As we always say, however, all we can do (when it comes to our intraday strategy, that is) is take the levels as they come and try to capitalize on any volatility, whichever direction it happens to be in.

So, let’s try and do just that.

As ever, take a quick look at the chart below before we get started so as to get an idea what’s on. It’s a one-minute candlestick chart and it’s got our primary range overlaid in green. As the chart shows, the range that we are looking to carry into the session this evening comes in as defined by support to the downside at 11108 and resistance to the upside at 11251.

Let’s see how things play out and we will revisit tomorrow morning to try and respond to whatever happens overnight.