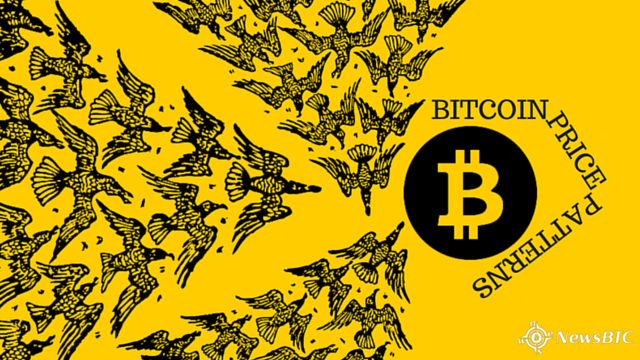 If you read yesterday’s analysis, we noted that a classical technical charting pattern was in the process of forming in the bitcoin price. The pattern in question, an inverse head and shoulders pattern, suggested that – upon completion – we could see some considerable upside heading into the Asian session and, beyond, in to today’s European action. The bitcoin price has now matured, and as we head into the mid European afternoon on Thursday, it’s time to take a look at whether our bias proved valid and, in turn, what we can expect as we head into the close of today’s European session and beyond. So, without further ado, let’s do some digging. As ever, get a quick look at the chart below to get an idea of what’s going on – its an intraday, 15-minute chart that shows the last day or so worth of action in the bitcoin price.

First then, let’s address yesterday’s target. We predicted that – if we cot a completion of the inverse head and shoulders – we could be in for some nice upside. The target we slated was based on the difference between the neckline of the pattern and the head’s high, which came in t about $17, giving us an upside target of 450 flat.

We waited for confirmation of completion from the bounce off the second shoulder, then entered long on the break of the neckline which, in this position was 433.25. We immediately broker to the upside on the neckline entry, and took out the trade for a big profit a short time ago.

So, with this out of the way, what are we looking at now? Well, the upside momentum has given us a fresh range to trade, and has also carved out fresh weekly highs. The range in question is defined as in term support at 443.05 and in term resistance of the aforementioned highs at 455.33.

We are going to bring both our intararange strategy in to play, as well as our breakout for today’s session. We’ve also marked a red, upwards sloping trendline on the chart, which when incorporated into an upside breakout can offer us some nice support below which to place a stop loss, and conversely, when used on an intrarange short trade, can do the same to the downside.

So, here’s what’s on. A break above in term resistance will put us in a medium term long entry towards an initial upside target of 460 flat. It’s not as an ambitious trade as we entered last night, but it gives us enough room to draw a decent profit while still maintain a positive risk profile. Stop on this one, somewhere around 452.

To the downside, if we correct from resistance, we will look for a close below the trendline to validate a short position towards in term support at 443.05. Again we’ve got plenty of room for a stop loss here, and we are looking at 457 flat to keep things attractive from a risk management perspective.

As ever, charts courtesy of Trading View.