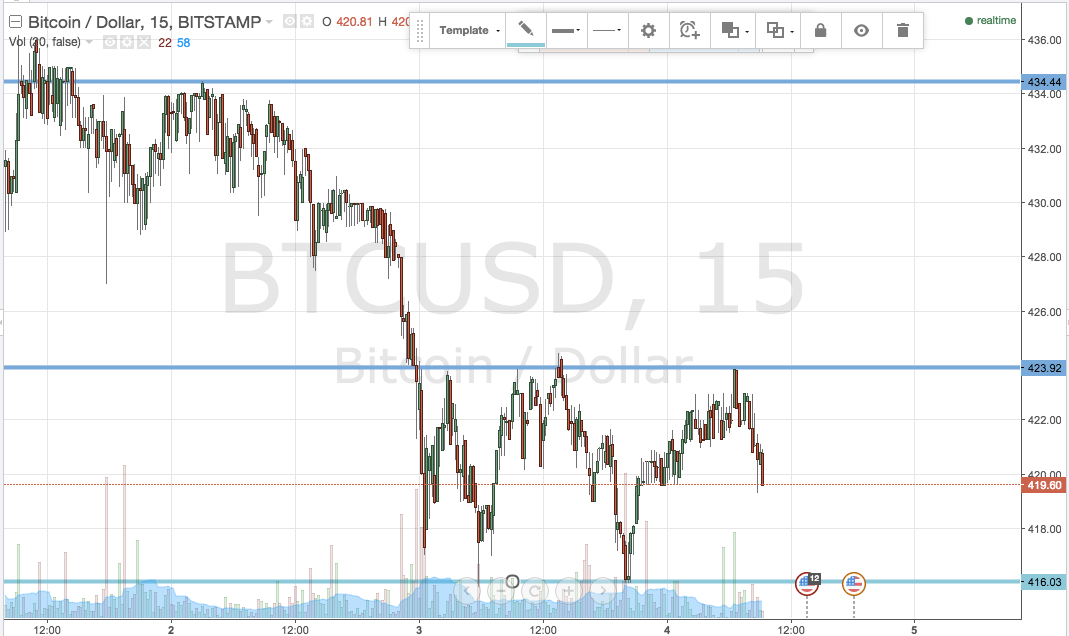 Having called out our range yesterday evening, we suggested that its width warranted both an intrarange and a breakout approach. We had circa ten dollars’ worth of wriggle room to play with between support and resistance, which is as large, if not larger, than many of the targets we work with on our traditional breakout strategy. This element of our operations turned out to be the most rewarding overnight, as price continued to trade sideways within the confines of our predefined range. Shortly after European markets closed for the day, and circa mid afternoon on the East Coast in the US, price rallied from support to give us a nice long entry, targeting resistance to the upside. We reached resistance after about twelve hours worth of activity, and exited the trade for a nice profit.

Looking at today’s session, we are going to stick with a similar range (that is, at least for this morning’s activity). Price is mid range between the two levels we had previously slated, so there’s no real reason for us to shake things up. With this in mind, here’s a look at what’s on for this morning’s European session.

In term support sits at 416 flat, while in term resistance comes in at 424 flat. Again, the range is wide enough for some intrarange activity, so as usual, long at support and short at resistance on a bounce and correction respectively. Stop loss just the other side of the entry.

For the breakout trades, long on a close above in term resistance, with a target of 424 and a pretty wide stop at 420 flat. Short on a break and close below support, towards a downside target of 410 (a little tighter than the long trade) and a stop at 418 to define the risk on the position.