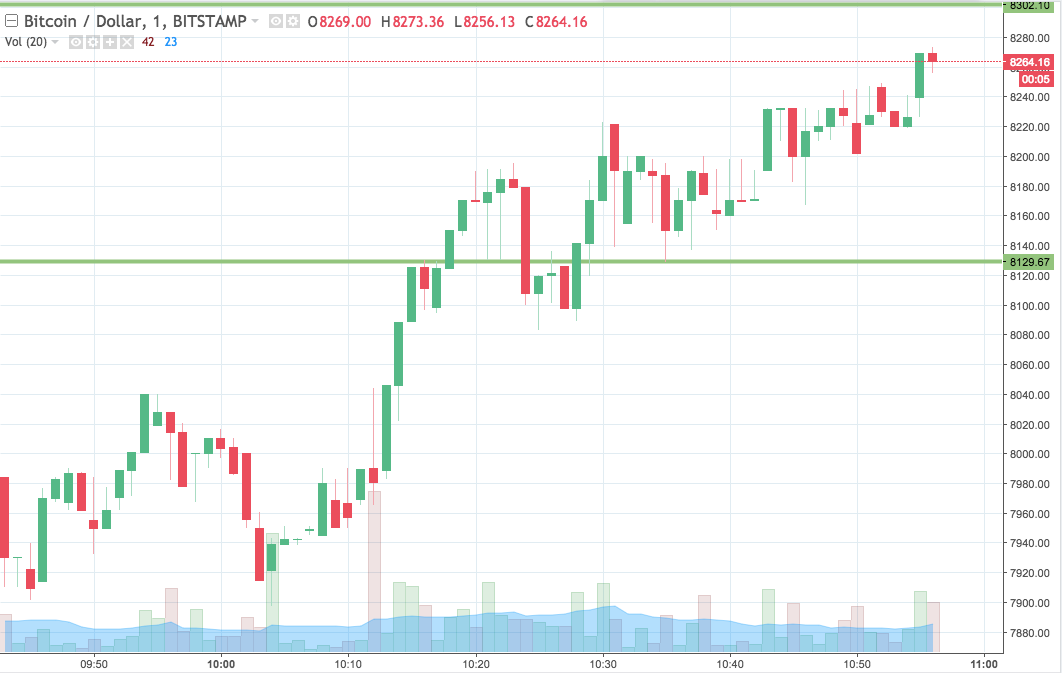 There’s a story many may remember from when they were kids. It’s about an old locomotive struggling to get up a hill pulling a train. Everyone was saying it’ll never happen – the train’s done. It can’t keep up with the new trains, new engines, etc.

But then it starts to move.

One by one the people who said it couldn’t happen back away, or switch to cheering it on. Eventually, the locomotive gets to the top of the hill; it’s tired, but by the time it’s there, it realizes that it no longer needs to work so hard – the carriages behind it have built up some momentum and are working to push the locomotive along.

Right now, bitcoin is that locomotive. And right now, one by one, the people who were saying it could never reach double figures again are backing away from there convictions.

Go on, locomotive. You got this.

Anyway, enough story time, let’s get to how we can trade the action as it plays out during today’s session. As ever, take a quick look at the chart below before we get started so as to get an idea where things stand. It’s a one-minute candlestick chart and it’s got our primary range overlaid in green. As the chart shows, the range that we are looking at for the session today comes in as defined by support to the downside at 8129 and resistance to the upside at 8300.

Standard breakout rules apply for the session, so we’ll look at jumping in long if we get a close above resistance towards an immediate upside target of 8400.

Looking the other way, we’ll be in short on a close below support and we’ll target 8000 to the downside on the entry.

Stops on both positions will take us out on the trade if things turn against us.