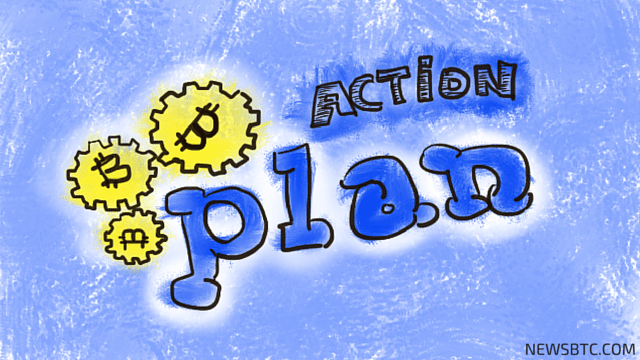 So action has now matured throughout today’s European session, and despite our proclamation earlier this morning that e could be in for some real volatility, the bitcoin price seems to have remained relatively stable throughout the day. We have had some up and down action, but nothing that has broken the range we defined in the first of our twice daily analyses. This said, however, over the last few weeks the big movements have pretty consistently come out of China, as that seems to be where the heavy volume buying and selling is rooted. As such, during tonight’s Asian session, we might see some volatility and – hopefully – some vindication of our predefined range. So, ahead of this potential action, here’s what we are looking at in the bitcoin price this evening, alongside a brief overview of our risk management principles for positions either side of our range. Take a quick look at the chart to kick things off.

As you can see, since we haven’t traded outside ofthis morning’s range, the levels we are watching remain. In term support sits at 300 flat and in term resistance at 327.64 – representing the previous swing low and high respectively.

We will look for a break below in term support to validate a medium term entry towards 295 flat – the same target we slated as an initial downside goal earlier on. A stop around 302.5 gives us a two to one risk reward profile.

Looking the other way, if we break above in term resistance, we will look to enter on a close above this break in a long entry towards (a slightly tightened) target of 335. This morning we stated that we would go for an initial upside target of 340 flat. However, given today’s muted action, its worth being a little more conservative. A stop around 324 works well here.

Tags: bitcoinBitcoin chartbitcoin chartsbitcoin profitbtcusdlearn to trade bitcointrade bitcoin
TweetShare
BitStarz Player Lands $2,459,124 Record Win! Could you be next big winner? Win up to $1,000,000 in One Spin at CryptoSlots