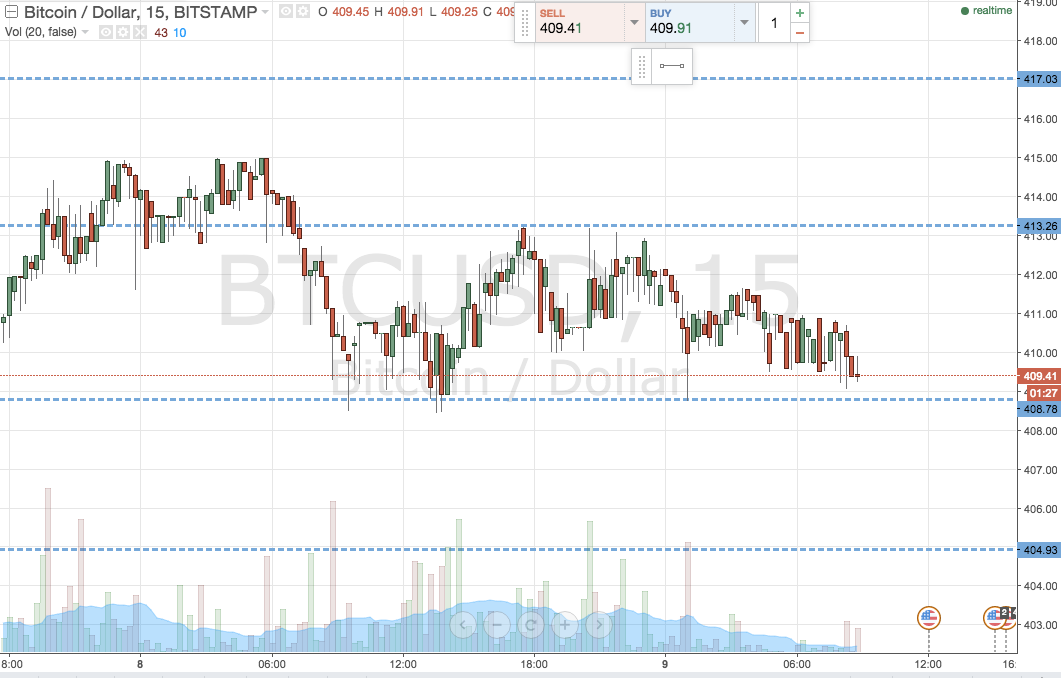 To say action overnight had been erratic would be an understatement. The chart we are using for today’s analysis doesn’t represent the erraticism perfectly, as it’s a contracted version, but the up and down volatility across the board in the bitcoin price was there nonetheless. We didn’t see too much sustained directional movement. But within a pretty tight range the bitcoin price jumped around, never really offering us any real entries (even on the tightened scalp platform we outlined yesterday afternoon).

We start the day a little down on yesterday’s open, but nothing substantial, and not any where near enough to suggest an overarching bearish bias. With this in mind, we’re going to bring a breakout and an intrarange strategy to the table for this morning’s European session, in an attempt to draw some intraday profit from the market.

Get a quick look at the chart below to get an idea of the levels we are watching and the action to this point. It’s an intraday, 15-minute candlestick chart across circa 48 hours’ worth of action.

As you can see from the chart the range that will define today’s trading enclosed by in term support at 408 flat and in term resistance at 413. Its about a five-dollar range, which is just enough for some tight intrarange play. This said, long at support and short at resistance, on a bounce an correction respectively. Stops just the other side of the entry levels to protect the downside.

A close above resistance will signal a long trade. On this range, this signal will put us long towards a pretty tight upside target of 417 flat. A tight stop is going to be necessary, and somewhere around 411.5 looks good.

Conversely, a close below support will signal short towards an equally tight target of 405 flat. A stop on this one at 410 defines risk nicely.