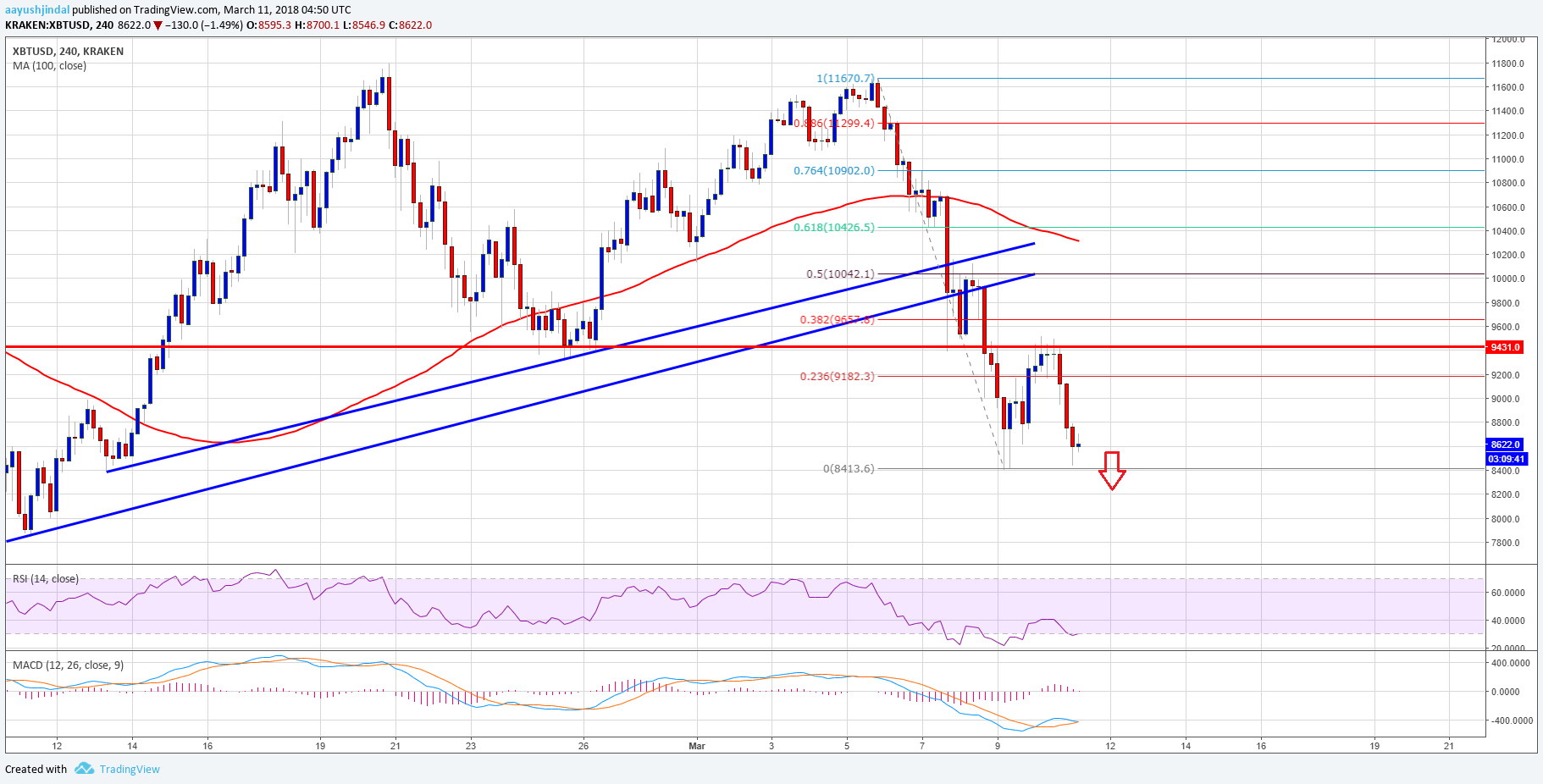 Bitcoin price is currently under pressure below $9,400 against the US Dollar. BTC/USD remains at a risk of more declines towards the $8,000 level.

It was a major bearish week since bitcoin price declined by more than 25% against the US Dollar. The price traded lower and broke a couple of important support levels such as $10,000 and $9,400. The current decline has opened the doors for more losses and it seems like the price may even test the $8,000 level. More importantly, during the downside, there was a break below two major bullish trend lines with support at $10,000 on the 4-hours chart of the BTC/USD pair.

4-hours MACD – The MACD for BTC/USD is mostly in the bullish zone.

4-hours RSI (Relative Strength Index) – The RSI is currently well below the 40 level.