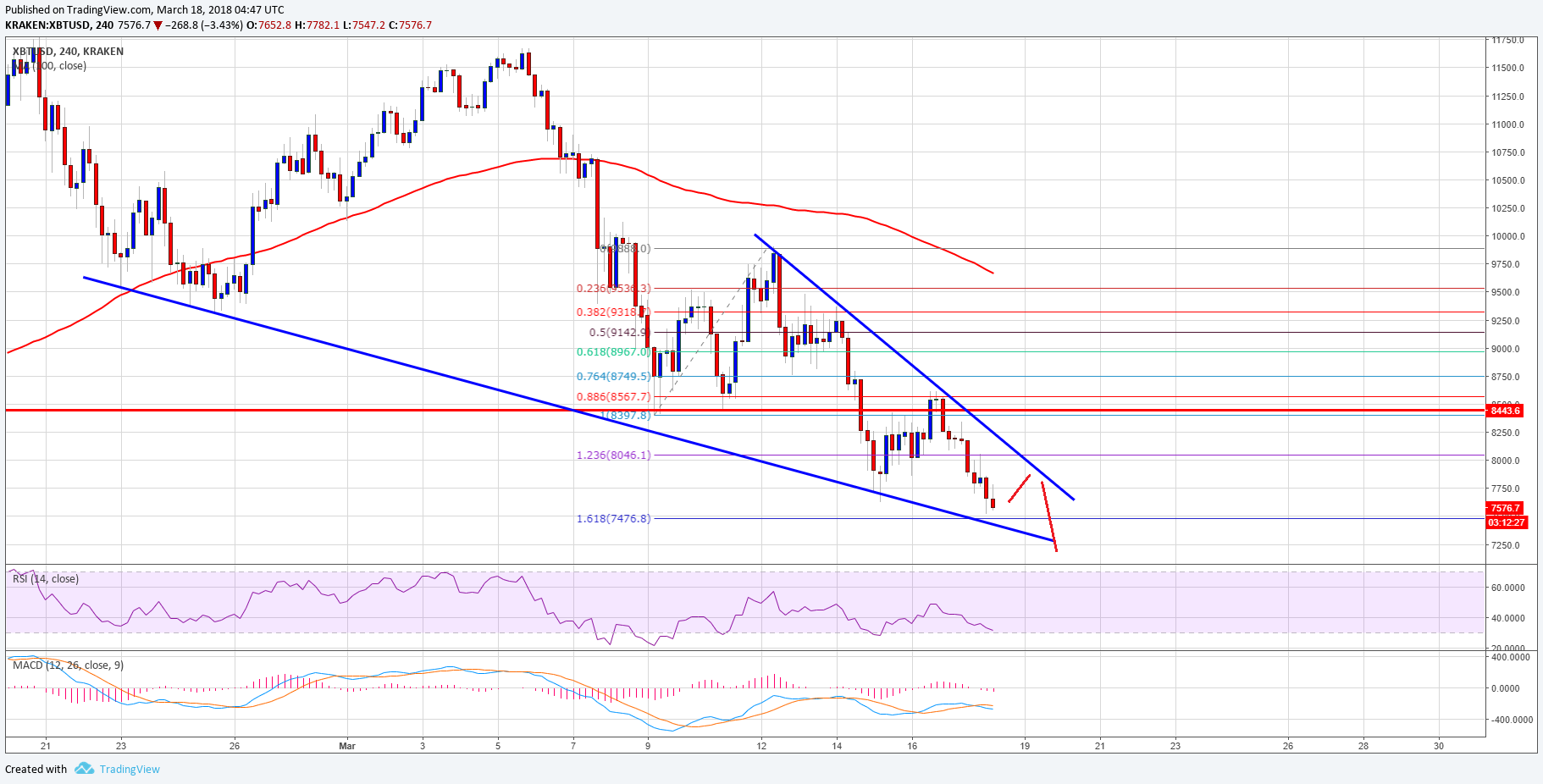 Bitcoin price is poised to extend declines below $7,000 against the US Dollar. BTC/USD’s correction towards the $8,000 and $8,500 levels are likely to be capped.

There was hardly any relief for bitcoin price as it failed to hold a major support at $8,400 against the US Dollar. The price declined and broke the $8,000 and $7,800 support levels. Earlier, there was a correction initiated from the $8,397 swing low. BTC price corrected and moved towards the $9,800 level where it faced sellers and started a fresh decline.

4-hours MACD – The MACD for BTC/USD is moving in the bearish zone.