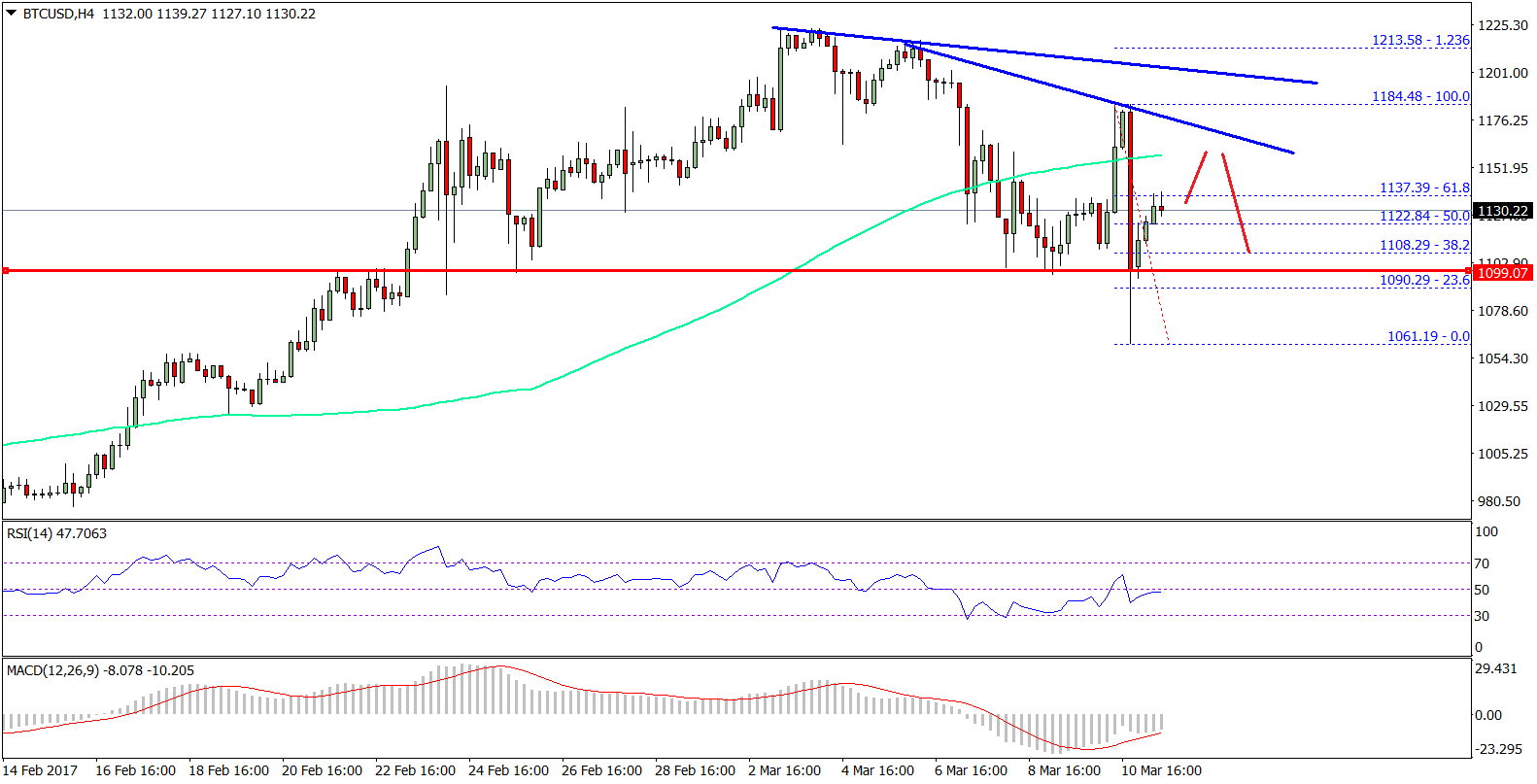 Bitcoin price made a sharp downside move after the SEC predict on ETF, but is this decline in BTC/USD real or fake?

There was a major event lined up recently, as the U.S. Securities and Exchange Commission announced their verdict to list the Bitcoin ETF. They decided against, and disapproved the request, which produced a sharp downside move in Bitcoin price. The BTC/USD pair was earlier seen trading close to $1200, but after the decision, the price declined. A new downside wave was initiated, as the price moved from the $1184 high to the $1061 low.

The recent rejection near $1184 was crucial, as a bearish line on the 4-hours chart (data feed from SimpleFX) of BTC/USD acted as a hurdle. The price also moved below the 100-hourly simple moving average (H4) at $1157. However, the sharp downside move found support near $1060, and the price recovered. The price has already moved above the 50% Fib retracement level of the last decline from the $1184 high to $1061. At the moment, the price is attempting to move past the 76.4% Fib retracement level of the last decline from the $1184 high to $1061. If that happens, the price could head above the highlighted bearish trend line. However, a break won’t be easy, but no doubt, the price has recovered well and the decline looks fake.

4-hours MACD – The MACD has reduced most of its bearish slope, which is a positive sign.

4-hours RSI (Relative Strength Index) – The RSI is attempting to move back above the 50 level.