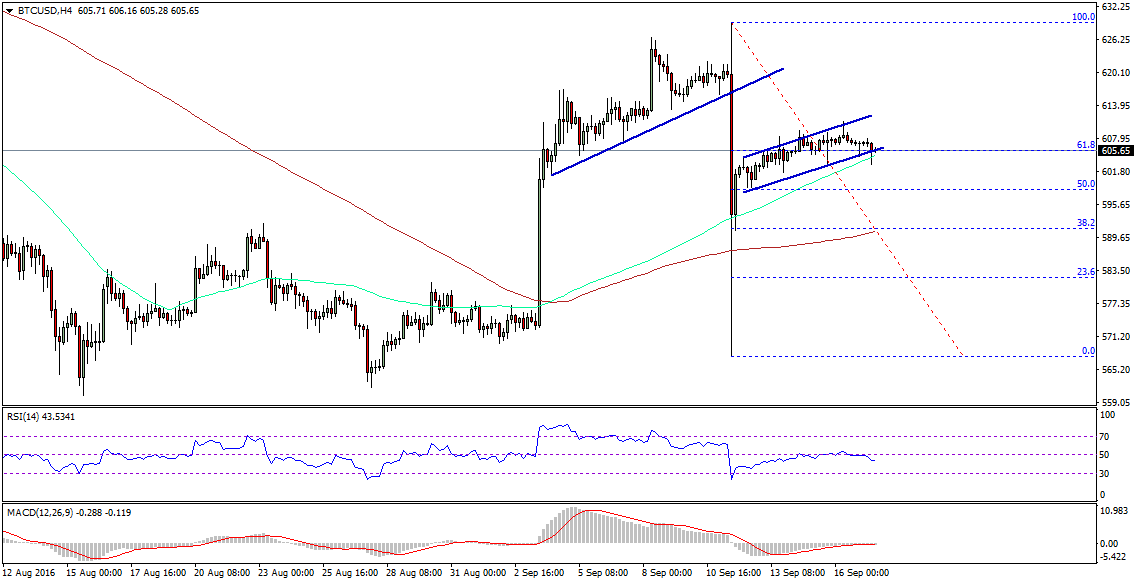 Bitcoin price jaw dropped this past week versus the US Dollar, and was under a bearish pressure. Can BTC recover moving ahead?

Bitcoin price this past week traded as high as $629 against the US Dollar, but found sellers. The price dropped sharply after a failure to break the stated level. During the downside move, the BTC/USD pair broke a bullish trend line formed on the 4-hours chart (data feed from SimpleFX). The highlighted break was crucial, as it ignited more losses in the pair.

There is a major breakout pattern formed on the 4-hours chart as a flag pattern. There are a few positives as well, as the price is above the 200 simple moving average on the H4 chart. However, if sellers succeed in breaking the channel support, then more losses are likely.

4-hours MACD – The MACD is currently in the bearish zone, but may change the slope soon.

4-hours RSI (Relative Strength Index) – The RSI is currently below the 50 level, which is a bearish sign.