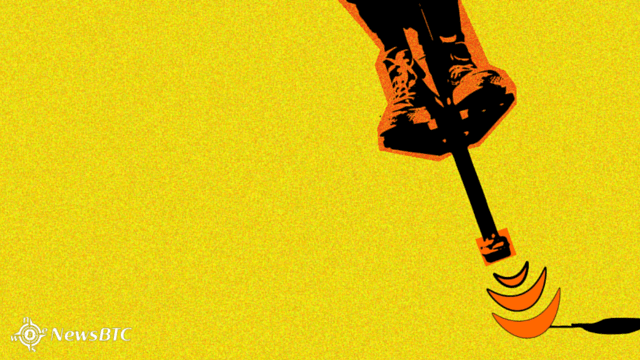 Bitcoin price may be heading towards a crucial support area of $444, which can be considered as a buy area in the near term.

Moreover, there is a bullish trend line formed as well on the 2-hours chart via the data feed from Bitstamp. The highlighted trend line acted as a barrier for sellers on many occasions. So, if the 100 simple moving average (H2) fails to hold, then the trend line and support area may come into play. Overall, looking at the 2-hours chart, we can say that buying dips may be a good idea. The 2-hours RSI is around the oversold readings, which means there is a chance of buyers appearing and defending more losses.

Let’s look at the Daily timeframe chart via the data feed from Bitstamp. There is a contracting triangle pattern formed on the daily chart, which may act as a mover for the next leg. We can see this pattern as a consolidating pattern after the recent surge. The price below closing the week traded just around the triangle resistance trend line. If buyers manage to take the price above the triangle resistance trend line, then a move towards the last swing high of $479 is possible. In that situation, there is a chance that the price may move towards the all-important $500 level as well.

Daily MACD – The daily MACD is in the bullish zone, which means the price may trade higher moving ahead.

RSI (Relative Strength Index) – The daily RSI is above the 50 level, which is a bullish sign.