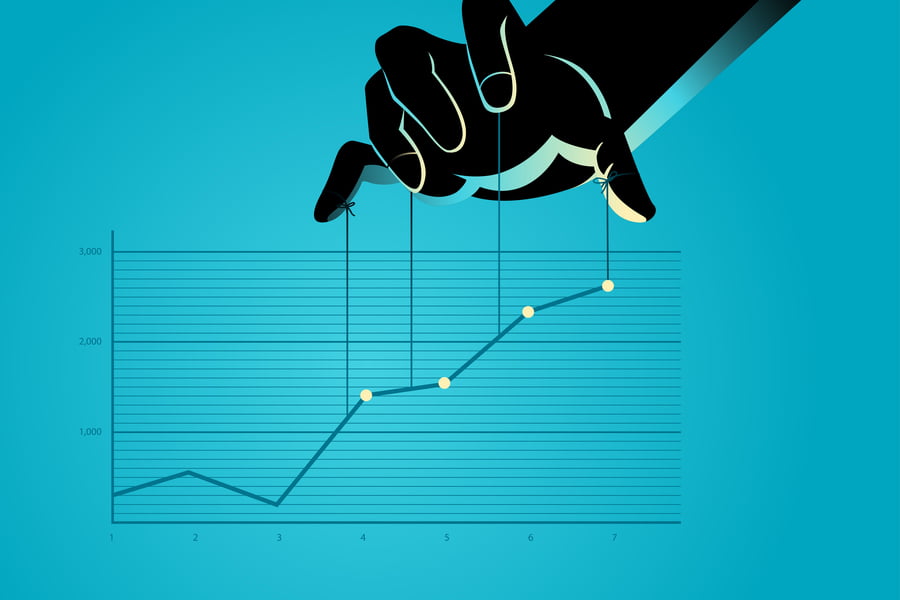 That Bitcoin SV (BSV) price rally is appearing to hit an end.

The fifth-largest cryptocurrency by market capitalization suffered huge losses during the Friday trade as its rate plunged by up to 12.36 percent. The move downhill led Bitcoin SV to establish an intraday low of $261.29. At its monthly best, it was trading at $458.74.

The weak intraday performance was accompanied by a lower daily volume. That itself raised concerns about the absence of trades in order-books that eventually executed the 43 percent crash on Friday. Nevertheless, the price fell towards the support line of what appears to be a newly-forming bull flag (in green).

Shooting Your Own Foot

The plunge did not appear as a surprise for a cryptocurrency whose price earlier this month had exploded by 374 percent. So it appears, the BSV-to-dollar exchange rate met profit-takers on its way up, which caused to correct rather aggressively.

Now, with some gains still left on the table, there is a likelihood that the pair would continue its downside momentum.

Part of the reason why it could happen is the possibility of whale-induced manipulation – a scenario wherein traders holding larger-than-expected capital can move an illiquid market in either direction. And, it is not a theory anymore. The reason is Bitcoin SV founder and self-proclaimed Satoshi Nakamoto, Craig Wright, himself.

The former Australian pastor admitted in an interview with BlockTV that he knew who exactly pumped the BSV price in January. While he appeared confident about having the knowledge, he forgot that he was somewhat acknowledging how the Bitcoin SV market was under the control of fewer entities.

That overall made BSV prone to price manipulation. Coupled with its thin order books and lackluster volume, the factor now serves as a bearish signal to long-term Bitcoin SV investors.

Concerns over a potential Bitcoin SV price manipulation raised further when Timothy Peterson, the author of Metcalfe’s Law as a Model for Bitcoin’s Value, brought focus towards the huge gap between the cryptocurrency’s median transaction value and its retail price.

“The only explanation is automated wash trades to inflate $BSV stats and pump price,” he added. “This is what price manipulation looks like.”