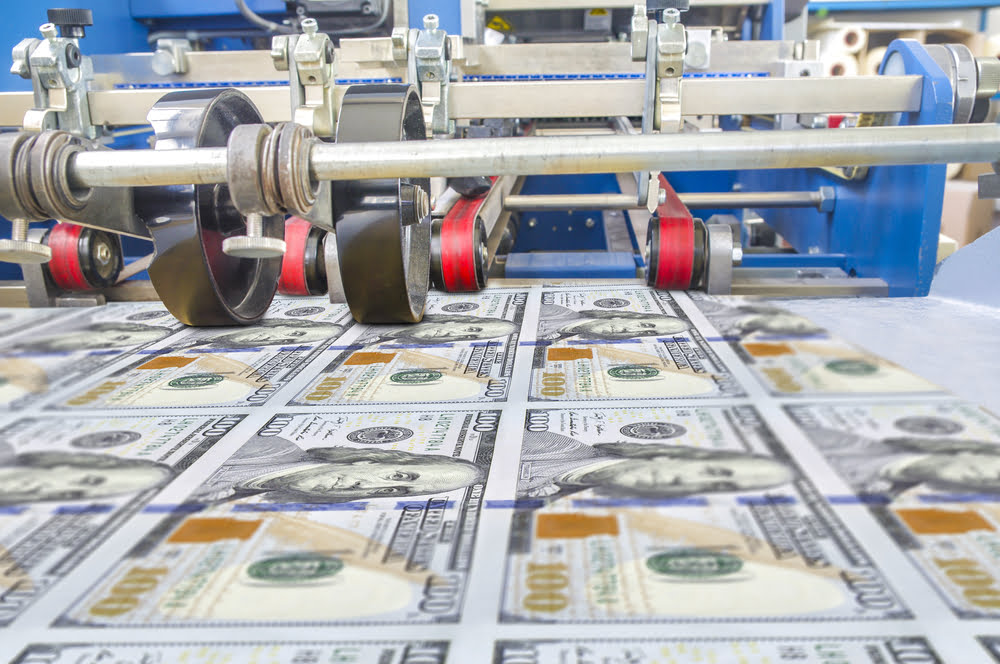 Bitcoin Will Have a Lower Inflation Rate Than U.S., U.K., and Australia, and It’s Huge

The inflation rate of bitcoin will drop below that of the U.S., U.K., and other developed nations. For of a store of value whose value preposition relies on scarcity, it could appeal the asset to a broader base of investors.

Bitcoin has a fixed supply of 21 million and no more BTC can be produced after that. An asset with a fixed cap having a lower rate of inflation than fiat currencies shows a strong economic reason to hold BTC according to an analyst.

Scarcity of bitcoin to increase in May 2020

In May 2020, the third block reward halving in the history of the Bitcoin network will be activated. Upon activation, it will immediately drop the rate of BTC production by 50 percent, causing miner rewards to halve.

The halving will make bitcoin more scarce than it was before as it approaches to its 21 million supply, potentially increasing the value of the dominant cryptocurrency.

Currently 1,800 BTC is generated per day, leading us to a annual inflation rate of ~3.8%. Next year this will halve in amount and put Bitcoins inflation rate at ~1.9%. Bitcoin will have a fixed inflation rate below USA, UK, Australia and many other developed nations.

This is the first time Bitcoins inflation rate will be lower than a large majority of developed nations (this is HUGE). This to me is the biggest Economic reason to hold Bitcoin.

Most investors with a long-term investment thesis regarding BTC have invested in the asset due to its scarcity and its ability to transfer value more efficiently than existing safe havens like gold.

Anything that affects the supply of BTC can affect its scarcity and thus value, which is why analysts are focused on the upcoming halving.

“Stocks and bonds are being subsidized by inflation. Ask any competent financial planner, they will tell you that you *have to* invest in stocks and bonds to keep ahead of inflation. You can’t just hold cash. Bitcoin fixes this.”

The substantial decline in the inflation rate of BTC also demonstrates the strength and the merit of a decentralized system.

In the traditional financial system, central banks and a set group of individuals decide the inflation rate of a fiat currency. In bitcoin, it is done in a mathematical and a systematic way, in the most transparent manner possible.

Amidst ongoing major inflation adjustments by central banks in response to various geopolitical risks, the stability in the decentralized system that governs bitcoin is considered a merit of the cryptocurrency.