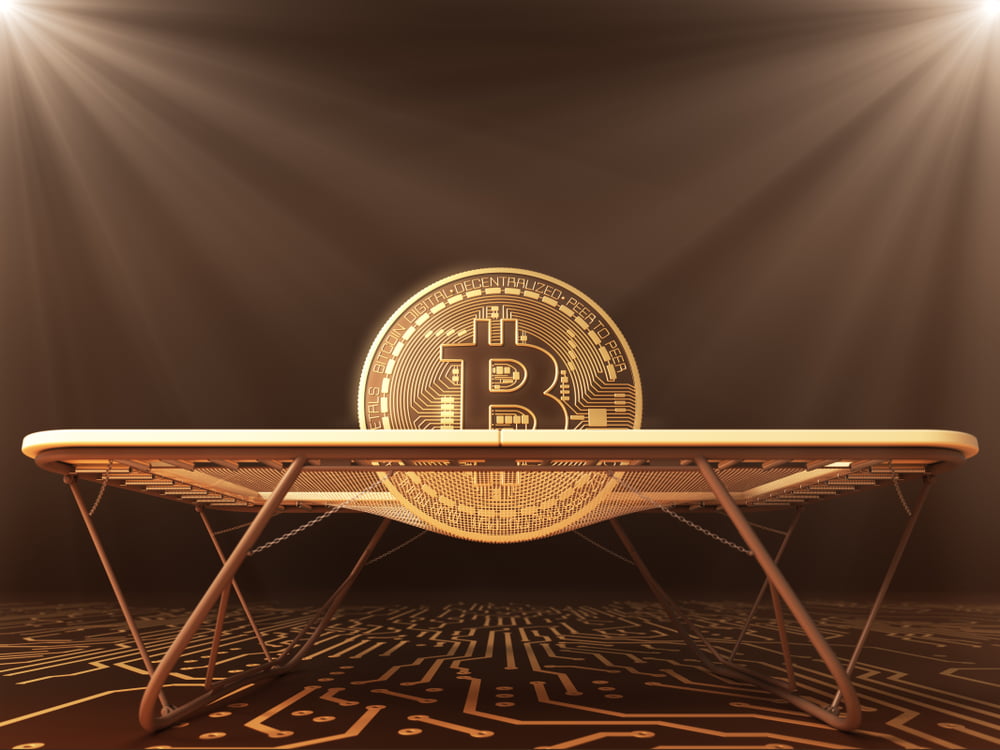 Bitcoin’s big dip to below $8,000 has accelerated speculation of an extended move to the downside. But the cryptocurrency is hiding a bullish catalyst under its sleeves.

So it appears, CME futures linked to the bitcoin price have formed a big gap on its daily chart. The missing candle between Friday’s close and Monday’s open has a height of about $875, with its head pointing towards near $9,060. In traditional terms, the gap could prompt Bitcoin to bounce back in the coming session, keeping traders’ bullish bias intact.

Analyst perceives trading gaps in the Bitcoin futures market as a leading indicator to predict the next trend. 95 out of 100 times, the bitcoin spot price intends to move in the direction of the gaps of the futures to fill them. That makes them a pretty accurate signal to spot near-term trading opportunities in the bitcoin market.

Bitcoin could plunge further, nevertheless. It is partly due to the worsening global market sentiment led by the oil price war between Russia and Saudi Arabia, as well as economic meltdown led by the rising number of Coronavirus cases outside China, mainly in the US and Italy.

A supply-driven drop in oil prices would normally be a positive for global growth, cutting costs for businesses and putting more money in consumers’ pockets.

This time, that might not be the case https://t.co/VVmIALqwP7

So it appears, the cryptocurrency’s latest crash below the $8,000 level has matched steps with similar moves in the global stocks. All the three US indexes, for instance, plunged to their bear-market territory after the New York morning bell on Monday. Their move downward sent investors to the safety of low-risk government bonds.

Peter Cecchini, the chief market strategist at Cantor Fitzgerald, called it the end of the 11-year bull market.

Some analysts believe that bitcoin could rise against a financial market collapse, arguing that it is a safe-haven alternative. But its latest move downhill showed that investors are more interested in stockpiling cash or in deleveraging their stock derivative positions.

According to Travis Kling, the founder of the Ikigai Fund, bitcoin can sustain itself as a long-term store of value. The former portfolio manager cited the increasingly radical monetary and fiscal policies that could make fiat money and its derivatives like government bonds weaker alternatives.

“All of that is now likely coming in the near term,” he added. “Bitcoin is a non-sovereign,hard-capped supply, global, immutable, decentralized, digital store of value.”

Bitcoin risks a deep correction towards $6,800 if it falls below its long-standing technical support near $7,600.

Nevertheless, a bounce-back looks imminent if yields on the 10-year US Treasury keeps dipping – it has already hit record lows on Monday. That would prompt investors to explore more attractive safe-havens, including gold and bitcoin. Overall, the cryptocurrency’s next bounce on hedging sentiment could have it fill the CME gap near $9,060.

Meanwhile, there is another CME gap at $11,600 waiting to be filled.

Tags: bitcoinCMEcryptocryptocurrency
Tweet123Share239ShareSend
BitStarz Player Lands $2,459,124 Record Win! Could you be next big winner? Win up to $1,000,000 in One Spin at CryptoSlots